FidelityFX Super Resolution 2.0 has been hacked into Cyberpunk 2077

Will FSR 2.0 be added to other DLSS games in a similar way?

AMD's FidelityFX Super Resolution 2.0 technology has gone open source, and a modder called "PotatoOfDoom" has now used this source code to "hack" in FSR 2.0 support into Cyberpunk 2077, replacing DLSS within the game.

This mod currently supports AMD, Nvidia, and Intel graphics cards, and has recently been updated to work with systems like Valve's Steam Deck. While this is not a native implementation of FSR 2.0 into Cyberpunk 2077, it acts as a proof of concept for how modders could replace DLSS in some other games with FSR 2.0.

PotatoOfDoom has stated that a few aspects of FSR 2.0 have not been implemented yet, and these features are said to "drastically" improve FSR 2.0's image quality. However, the modder has stated that his implementation of FSR 2.0 can double performance in Cyberpunk 2077 while having a "very minor quality impact. On PotatoOfDeath's GTX 1080 graphics card, 4K performance increased to 45 FPS, representing a 2x increase in performance. 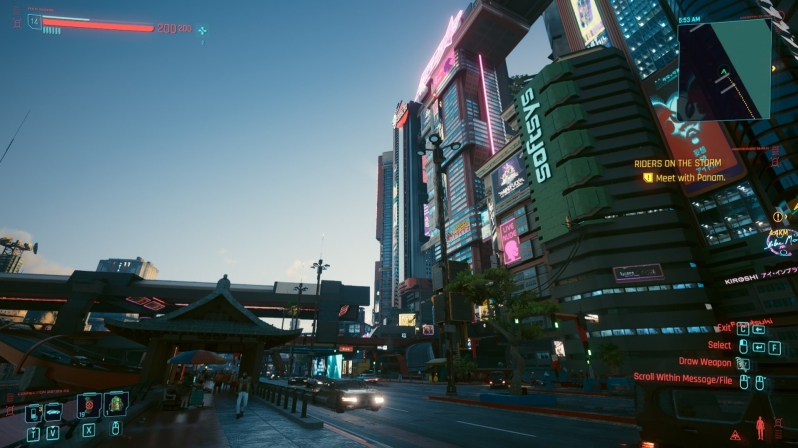 How does this mod work?

PotatoOfDeath added FSR 2.0 support to Cyberpunk 2077 by replacing the game's DLSS DLL files with a DLL file that translates Nvidia DLSS commands to FSR 2.0 commands. That said, this mod delivered a hacked in version of FSR 2.0, so we will have to wait for CD Projekt Red to deliver native FSR 2.0 support for gamers to see FSR 2.0 at its best.

Would a native implementation of FSR 2.0 look better?

A native implementation of FSR 2.0 should look better than what PotatoOfDeath's FSR 2.0 mode delivers, as developers will be able to implement FSR 2.0 in a more optimal way and with all of its features intact. This will improve FSR 2.0's image quality when compared to this mod. That said, this mod delivers better result than no FSR 2.0 support and appears to deliver better results than FSR 1.0.

NeverBackDown
Still pretty impressive he was able to do that. I'm curious if he created the DLL file that translates the instructionsQuote

Dicehunter
Reading around apparently this can be dropped into any DLSS2 enabled game, Will be interesting to see the difference in RDR2.Quote

Dicehunter
Quote:
Likely be a tiny bit better with a native implementation but for such a simple "hack" it's quite impressive, Really biting at the heels of DLSS2 but with no proprietary hardware required.Quote
Reply