Forza Horizon 5 is getting DLSS, FSR 2 and new Ray Tracing Options next week

High quality upscaling is coming to Forza Horizon 5 next week

On November 8th, the PC version of Forza Horizon 5 is getting a major update, adding to the game two new high-end ray tracing options and support for both Nvidia DLSS and AMD FidelityFX Super Resolution 2.

Following the positive reception of Forza Horizon 5's TAA support, Playground Games has added support for temporal upscaling to their game. DLSS will be available for owners of Nvidia's RTX graphics hardware, and AMD's FSR 2 technology will be available for owners of graphics cards from AMD, Nvidia, and Intel. Playground Games has confirmed that Forza Horizon 5 will support DLSS version 2.4 and DLAA anti-aliasing. Currently, DLSS 3 support is not planned. 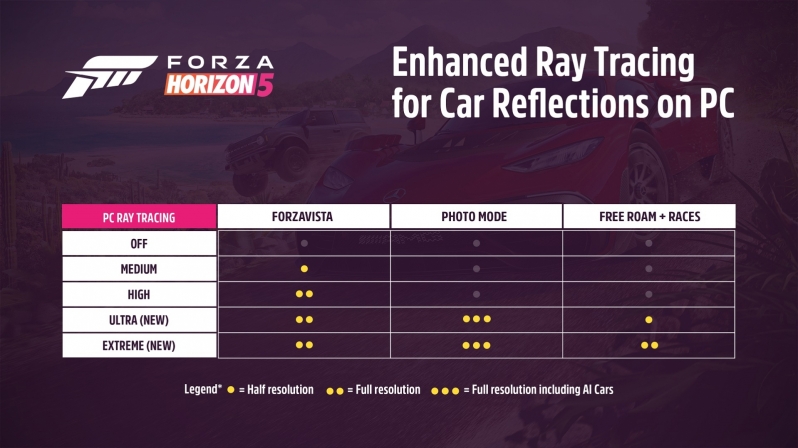 Previously, ray tracing was a feature that was exclusive to Forza Horizon 5's Forzavista mode. Soon, ray tracing will be available during gameplay to PC gamers with strong enough hardware. At this time, it is unknown if this update's reveal has anything to do with today's RDNA 3 GPU reveal from AMD.

You can join the discussion on Forza Horizon 5 gaining support for DLSS, FSR 2, and new ray tracing options on the OC3D Forums. 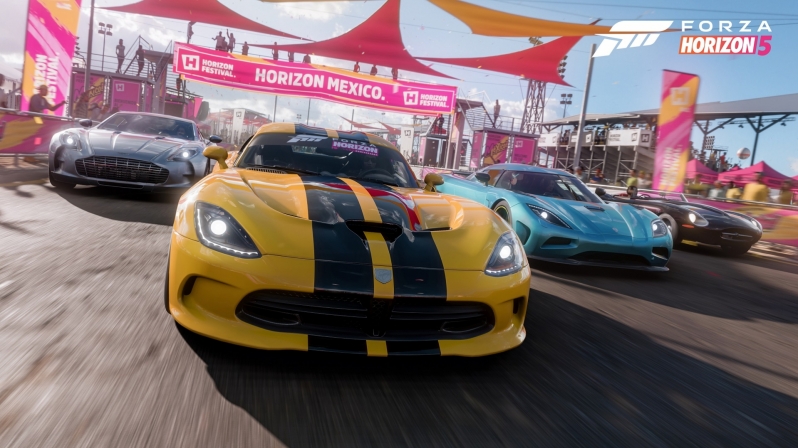