Ready to push Zen 3 to the max

AMD has just launched their Ryzen 5000 series of Zen 3 processors (see our review here), and G.Skill are ready to push these new processors to their limits with lightning-fast DDR4 memory modules that are optimised for AMD's latest architecture.

To cater to these new requirements, G.Skill has launched new low latency 16GB DDR4 modules at 3600MHz, 3800MHz and 4000MHz speeds. At their best, G.Skill is offering Ryzen users CL14 3600MHz, CL16 3800MHz and CL16 4000MHz modules, with capacities of up to 16GB per module (32GB in dual channel). These kits will be ideal for gamers and other workloads which benefit from lower memory latencies. 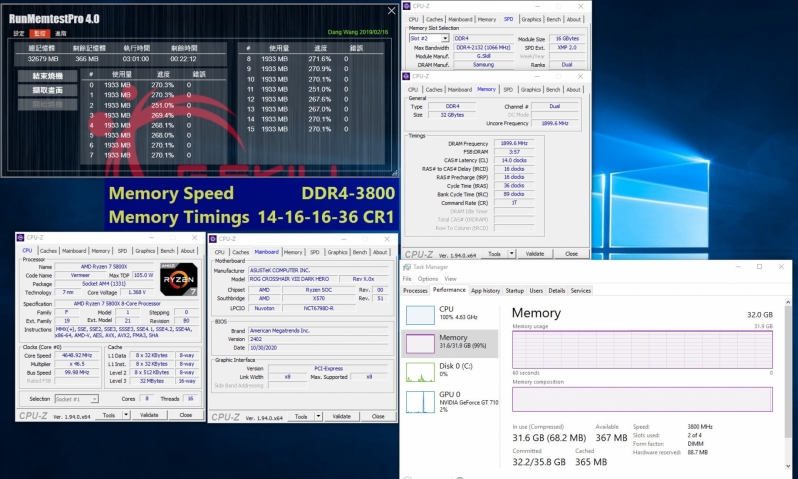 You can join the discussion on G.Skill's new Ryzen-optimised DDR4 memory kits on the OC3D Forums. 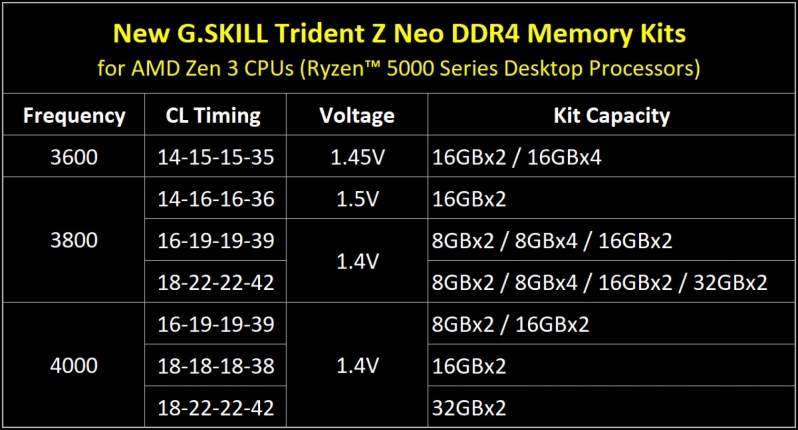