GhostWire: Tokyo is coming to PC and PlayStation 5

GhostWire: Tokyo is coming to PlayStation 5 and PC on March 25th, a supernatural action Adventure game from Tango Gameworks and Bethesda Softworks.

On Steam, GhostWire: Tokyo has recieved pricing, a release date and official PC system requirements, confirming that the game will cost £49.99 in the UK (for the game's standard edition), and that the game will not be available though Microsoft's PC Game Pass service.

While Microsoft now owns Bethesda Softworks, Microsoft are bound by the agreements that the Bethesda had previously made with Sony. This means that GhostWire: Tokyo will not be coming to Xbox Series X/S and that the game will not be available on Xbox Game Pass at launch. While future releases on these platforms and services are likely, GhostWire: Tokyo will be launching on PS5 and PC as a standalone game at launch.

Face the unknown, uncover the truth and save the city

Tokyo is overrun by deadly supernatural forces, perpetrated by a dangerous occultist, causing Tokyo’s population to vanish in an instant. Ally with a powerful spectral entity on their?quest for vengeance?and master a powerful arsenal of abilities to unravel the?dark?truth behind the disappearance as you FACE THE UNKNOWN in Ghostwire: Tokyo.
A Beautifully Haunted tokyo
Explore a unique vision of Tokyo twisted by a supernatural presence. From its ultra-modern cityscape to its traditional temples and narrow alleyways, discover a hauntingly beautiful city teeming with Yokai - vengeful spirts spirits that prowl the streets.

Discover iconic landmarks like Shibuya Crossing and Tokyo Tower, stunningly rendered with incredible detail and built to take advantage of next-generation technology. Experience the city frozen in time when the city’s population disappeared, and travel to the surreal underworld on your quest to save your family.
Devastating Elemental Abilities
Wield a combination of upgradeable elemental powers and ghost-hunting skills to combat the supernatural threat. Use your ethereal abilities to ascend to the to the top of Tokyo's skyline and soar over the streets to discover new missions or even get the drop on your enemies.

Below are GhstWire Tokyo's official PC system requirements, which confirm that GhostWire Tokyo requires SSD storage on PC and graphics cards that are equivalent to, or better than AMD's RX 5500 XT and Nvidia's GTX 1060. The game requires 6GB of VRAM or more, which means that AMD's 4GB RX 6500 XT should not be able to run this game at playable framerates.

You can join the discussion on GhostWire Tokyo's PC system requirements on the OC3D Forums. 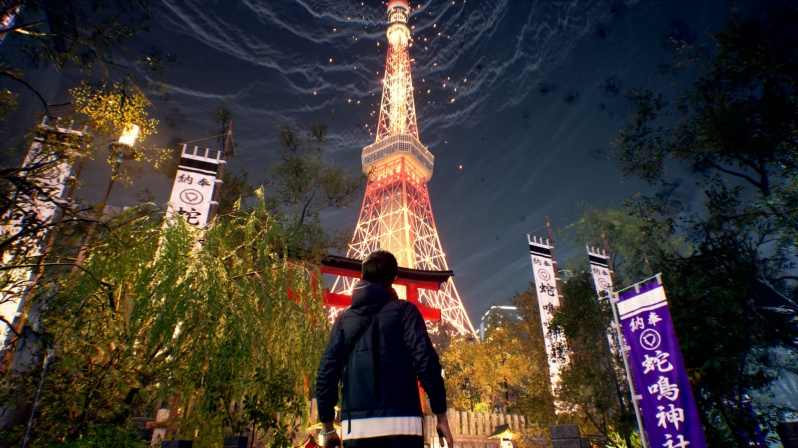 Hopefully this will be decent.Quote