God of War is about to run a lot smoother!

Sony's Santa Monica Studio has confirmed that 2018's God of War will be updated tomorrow for PlayStation 5, allowing the game to take advantage of Sony's latest console to deliver higher, smoother framerates.

With this update, PS5 users will be able to enjoy God of War at framerates which are double that of the PS4 version while also enjoying the game at a faux-K resolution. PS5 users will also have the option to utilise an "Original Performance Experience" mode, which will lock the game to 30 FPS. At this time, it is unclear why Sony has included this game mode.

60 FPS gameplay will be a huge upgrade for God of War players. For starters, this increased framerate will allow God of War to feel more responsive, as the game is generating new frames at double its normal rate, reducing the time between button pushes and on-screen action. 60 FPS gameplay will also make God of War visuals appear smoother and more refined, as gamers will see double as many animation frames for all moving objects within the game.

Thanks to this new update, God of War (2018) will both look and play better on PlayStation 5, which should come as great news to anyone who hasn't tried the game yet. This update will be available to those who are accessing the game through Sony's PlayStation Plus Collection or using their physical/digital copies of the PS4 version. 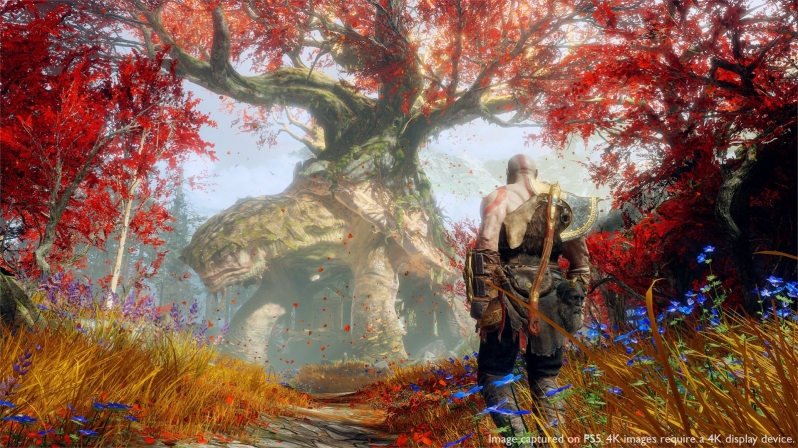 You can join the discussion on God of War's free PS5 update on the OC3D Forums.

NeverBackDown
PS4 Pro performance mode was so much better and ran at a pretty solid 40-55ish fps iirc, this update should be quite something!Quote

Warchild
I still want to try this game out at some point... But just cant invest in a console just for that one reason.Quote

ET3D
I'm not sure why it's worth mentioning that this is a free update. Would anyone have expected a refresh rate unlock to cost money? When I read the title I thought that there would be some graphical update or something, but it seems to be the exact same renderer, only with 60 FPS instead of 30 FPS.Quote

WYP
Quote:
These kinds of free updates are a new thing for this generation. Usually, new consoles needed entirely new versions of games to run properly, requiring a new purchase.

The Last of Us PS4 comes to mind.Quote
Reply