Will other Sony games be receiving FSR 2.0 updates?

Patch 1.0.12 has landed for God Of War's PC version, adding support for AMD's FidelityFX Super Resolution (FSR) 2.0 technology to the game while also fixing a bug which resulted in "inconsistent behaviour" when using the "Toggle Aim/Block" accessibility feature. 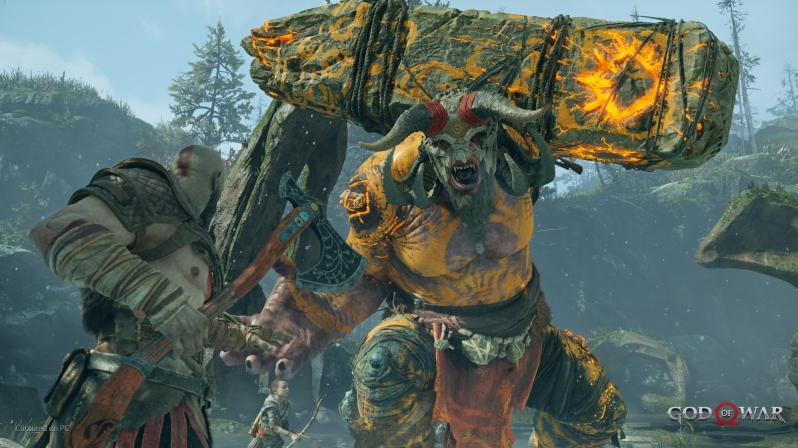 We hope to test God of War soon to compared FSR 2.0 with FSR 1.0 and DLSS in the near future.

You can join the discussion on FSR 2.0 coming to God of War's PC version on the OC3D Forums.

Dicehunter
I don't want to say his name as he may get into trouble but an AMD rep on another forum hinted at Cyberpunk being the next FSR 2.0 game.Quote

meuvoy
Quote:
Honestly, don't see why we should be worrying if FSR 2.0 gets to be used in big name games, It's crealy another instance of a technology that should have been hardware agnostic from the get-go but NVIDIA is literally incapable of playing in a team, wants all for themselves and as a result causes the death to 80% of the technologies they develop.

There's no other way to put it, FSR 2.0 is the natural upscaling technology that all developers will want in their games, NVIDIA can't pay devs forever, eventually they will move onto another tech and DLSS will be out of the picture. Sometimes AMD doesn't even need to answer NVIDIA's tech, just look at how PhysX eventually faded out, replaced by universal physics solutions, even if the developers had to develop the solution themselves.

You can only charge money for software, if there isn't someone else delivering the same software for free, especially if your software is more cumbersome and hard to implement than the free solution... G-Sync modules are another one that will soon disappear, the manufacturers have already pressured NVIDIA into allowing FreeSync on their G-Sync modules as to not discourage AMD gamers from buying their expensive monitors.Quote
Reply