God of War's PC version has recieved two PC patches this week, both of which address bugs that have resulted in crashes and performance issues for many players.

With Patch 1.03, God of War recieved a fix for a memory leak issue caused by incorrect VRAM allocation, resulting in decreased performance or game crashes for some players during longer playing sessions. Previously, this bug could be addressed if players saved, exited and restarted their games. Thankfully, this patch removed the need for this workaround.

Patch 1.04 adds a DLSS sharpening slider to God of War, allowing gamers to define the strength of DLSS' sharpening filter in God of War. Additionally, fixes have been made available that address bugs that make Atreus unresponsive, fixes for potential driver crashes, and issues with Intel's XE platform. Additional fixes are detailed in God of War's patch notes.

God of War is easily Sony's strongest PlayStation to PC port to date, launching with fewer issues than Days Gone and Horizon: Zero Dawn's PC versions. Beyond that, Sony has quickly released patches for many of the bugs found within God of War's PC version. PC gamers can read our God of War PC Performance Review and Optimisation Guide here.

You can join the discussion on God of War's latest PC patches on the OC3D Forums. 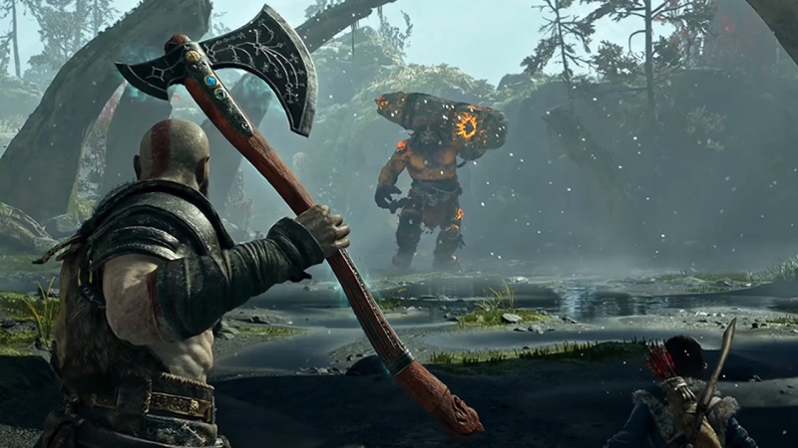 Dicehunter
I wish more games would add the sharpening slider as DLSS does introduce some sharpening and in some instances can make certain items/edges look a bit odd, CP2077 and RDR2 I'm looking at both of you

This patch does not completely remove the weird shimmering effect that DLSS' sharpening puts in place, Just seems to have minimized it, You still need to use the mod by ellekz on Reddit to completely remove it.Quote
Reply