Godfall's PC system requirements have been released - Is your system ready?

Is your PC ready for Godfall?

Godfall's PC system requirements have been released - Is your system ready?

Godfall is due to launch on November 12th on PC and PlayStation 5, offering gamers first-of-its-kind, looter-slasher, gameplay and visuals which are exclusive to next-generation platforms.

Today, Counterplay Games has revealed the PC system requirements for Godfall, highlighting some high hardware recommendations for the game. GPU-wise, this game recommends Nvidia's GTX 1080 Ti graphics card and AMD's RX 5700 XT, both of which are incredibly powerful graphics cards.

At this time, it is unclear whether or not Godfall will support ray tracing on PC at launch. AMD has claimed that they have worked with Godfall's developers to integrate raytracing into Godfall. However, at this time it is unclear how Copunterplay Games has chosen to utilise Microsoft's DXR API. 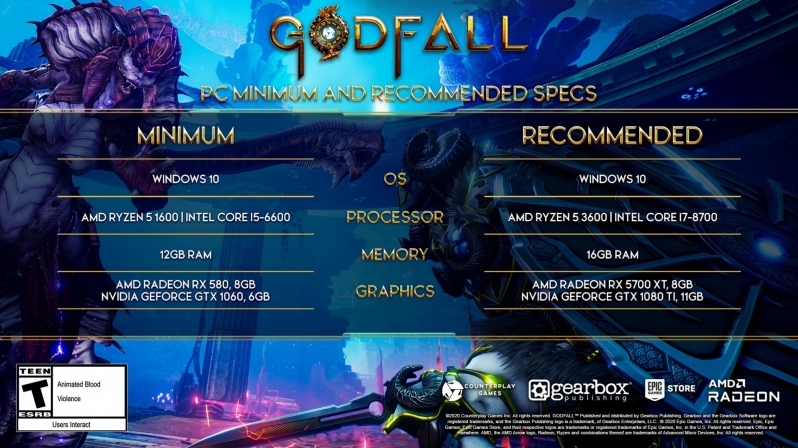 Below are Godfall's PC system requirements;

You can join the discussion on Godfall's PC system requirements on the OC3D Forums.