Does Nvidia's RTX 30 series have too little VRAM?

AMD has just released a new partner video, highlighting how AMD has worked with Counterplay Games to enhanced Godfall's PC version. AMD has helped Godfall's developers to integrate support for features like DirectX Raytraced Shadows, FidelityFX Contrast Adaptive Sharpening, and Variable Rate Shading within their game, as well as other advanced features.

As part of their video, Counterplay Games' CEO, Keith Lee, stated that Godfall used 4kx4k textures and 12GB of VRAM on PC to run Godfall at 4K Ultra settings, highlighting the high VRAM requirements of future PC titles on PC. AMD is ready for this with their 16GB RX 6800 and RX 6900 series products, but it looks like Nvidia has fallen behind in this regard.

Nvidia's RTX 3070 offers users 8GB of VRAM, while their RTX 3080 gives users 10GB of VRAM. Neither of these GPUs meets Counterplay's VRAM targets for 4K Ultra gameplay in Godfall, with only Nvidia's $1500 RTX 3090 meeting the game's high standards with its colossal 24GB frame buffer. If other developers follow Counterplay's example, Nvidia's RTX 30 series may age poorly due to insufficient VRAM capacities at 4K resolutions.

AMD's generous VRAM allocations could give Radeon a major advantage over Nvidia in the long-term, especially if their lower-end RX 6000 series models also feature large VRAM capacities. If AMD can push developers to use more GPU memory within their future games, Nvidia's 8GB and 10GB RTX 30 series products could start to look like a poor investment to forward-looking gamers.

You can join the discussion on Godfall using 12GB of VRAM at 4K Ultra settings on the OC3D Forums. 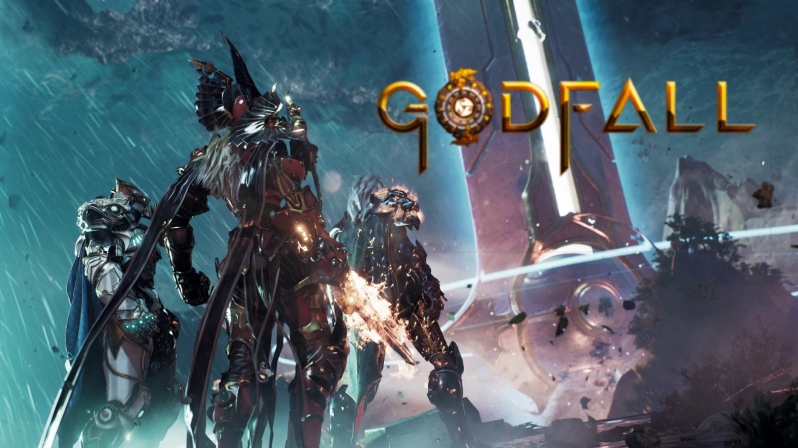 AlienALX
HWUB did a chat about it thismorning (VRAM gate). They said that the 1% don't completely fall apart, but FPS do.

Time is going to tell I guess.Quote

AngryGoldfish
That's a lot of VRAM. Should be a gorgeous game. If this becomes the norm, the 3070/3080 as Alien has always said will become inferior products even if only in absolute terms.

I wonder if it's is a deliberate attempt by AMD to outdo Nvidia.Quote

AlienALX
Quote:
This is an AMD sponsored title, so yeah some of it could be deliberate.

The problem as I see it is that many games will be made to console parameters before the PC. Meaning they won't bother to completely redo textures and so on for the PC.

Every one knows that devs will do as little as possible for the cash in. We all know this, maybe we all agree on it? IDK. This is why all of the awesome new features of DX12 have fallen by the way side. Remember implicit and explicit multi GPU? remember all of those other performance boosting features? yeah, so far none of them have even been touched. Now whilst I doubt that will change much I would throw a wild guess and say that the Xbox uses DX. That is in fact where it got its name from (Direct Xbox, or just Xbox for short). That was the whole reason Microsoft developed it in the first place.

So, if people are coding for that why would they bother to code for anything superfluous that won't improve the payday?

In any usual event I would say yeah, the 30 series will be absolutely fine. However, that is the mentality that caught me out before. I just totally didn't fathom in the unknown. Which is what it is when the consoles evolve. The entire dev cycle, game demands and etc all completely change.

I even stuck my neck out saying 10gb was more than enough for the 3080. However, I also said that Nvidia know exactly how to play the market. They want you on Ampere as long as THEY want you on Ampere and no longer. As soon as they launch something else they want you to buy it, this is all planned and thought about in advance.Quote

WYP
Quote:
TBH, this is why AMD's Infinity Cache is so clever. Yes, it takes up a lot of die space, but so does a wider memory bus.

Nvidia snookered themselves with GDDR6X, as Micron has no 2GB modules to give them. They needed with wider memory bus and the higher speeds of GDDR6. More chips mean more power and GDDR6X has to be more costly than normal GDDR6 memory.

Nvidia has no real answer to this. They need Micron to release 2GB GDDR6X modules. for 20GB RTX 3080 cards, but that will kill the RTX 3090's market niche. A 16GB RTX 3070 could also be bandwidth staved when compared with AMD.

The problem that AMD has now will be normalising higher levels of VRAM usage.Quote