GOG Gives Away Shadow Tactics: Blades of the Shogun during their Winter Sale

Grab a free copy of Shadow Tactics: Blades of the Shogun while you can

GOG's Winter Sale has started, and that means that over 3,500 DRM-free PC gamers are available at discounted prices for a limited time. For many games, discounts are as large as 90%, making now the best time to start investing in your DRM-free PC games library.

What's better than heavily discounted PC games? Free PC games! For the next 48 hours (until December 15 at 2 PM UTC), GOG will be giving away free copies of Shadow Tactics: Blades of the Shogun to PC gamers. This will be the first of four game giveaways, as suggested by the image below.

Shadow Tactics: Fall of the Samurai is a real-time tactics game where players take control of a team of assassin's to perform acts of sabotage, espionage and, of course, assassination. The game is available through GOG for Windows PC (Vista 64-bit or newer) and Linux. As a DRM-free PC game, Shadow Tactics requires no online connectivity to play and features no other unnecessary restrictions.

Below is GOG's description of Shadow Tactics: Blades of the Shogun.

Japan – Edo Period; 1620. Five highly specialized assassins fight for the Shogun in his war against conspiracy and rebellion. Take control of this deadly team and sneak through the shadows between dozens of enemies. Choose your approach when infiltrating mighty castles, snowy mountain monasteries or hidden forest camps. Set up traps, poison your opponents or completely avoid contact. You decide!

- Play as five different characters with unique strengths and weaknesses

- Find dozens of ways to take out your opponents

- Plan your moves carefully and execute them with precision

- Conquer seemingly impossible challenges where you are outnumbered ten to one

- Choose from three difficulty levels to match your skill

- Explore beautiful environments of Japan in the Edo era 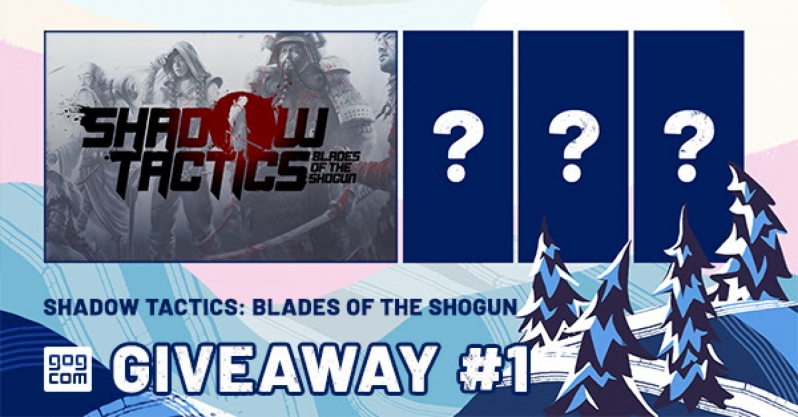 PC gamers can grab their free copy of Shadow Tactics: Blades of the Shogun here.

You can join the discussion on GOG giving away free copies of Shadow Tactics: Blades of the Shogun on the OC3D Forums.