A Stadia developer has landed Google in hot water

Following the public statements of a Stadia developer, Alex Hutchinson, Google has had to distance itself from the idea that game streamers should be paying game developers and publishers when they stream their games.

Alex Hutchinson, the Creative Director of  Stadia Games and Entertainment Montreal, recently tweeted that "streamers should be paying the developers and publishers of the games they stream". This comment became widely retweeted and quoted, causing "Stadia" to trend worldwide. Since this tweet, Hutchinson updated his Twitter profile to state that "all opinions are my own". Previously, his Twitter profile also listed his job title as "Creative Director at Google Stadia".

Since then, Google has issued the following statement, saying that this opinion doesn't reflect that of Google, YouTube or Stadia.

The recent tweets by Alex Hutchinson, creative director at the Montreal Studio of Stadia Games and Entertainment, do not reflect those of Stadia, YouTube or Google. 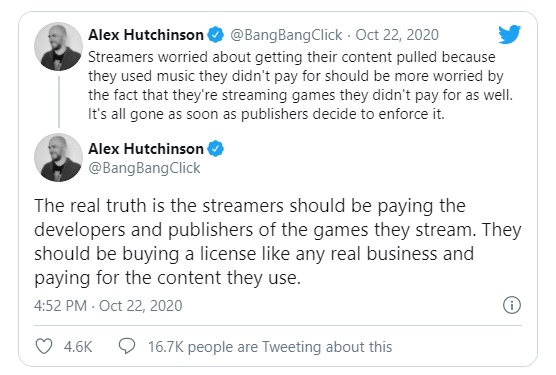 Hutchinson's opinions are unpopular, as streamers are often seen as free marketing for video games. Streaming a game can result in increased sales, with the recent success of titles like Among Us and Fall Guys acting as proof of this.

Google's Stadia games platform contains built-in game streaming features, such as the ability to stream your games to YouTube. Ironically, Hutchinson works for one of the gaming industry's strongest supporters of game streaming. Google's support for streaming is second only to that of Amazon, the owners of Twitch.

You can join the discussion on Google distancing itself from Alex Hutchinson's comments on the OC3D Forums. 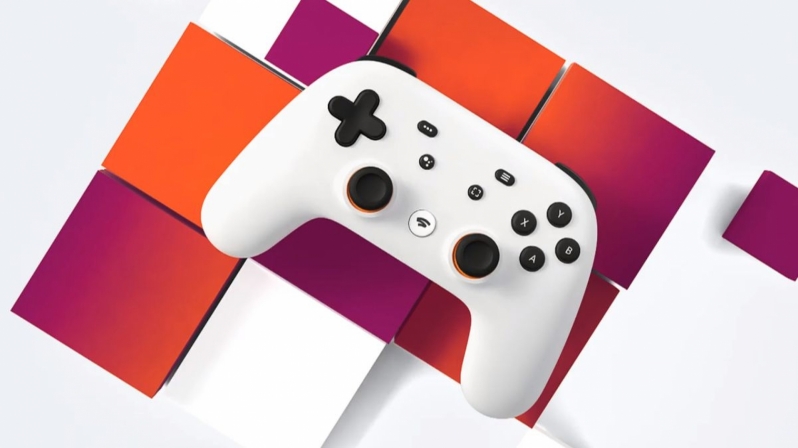 dazbobaby
I can only imagine the conversation he had with his boss.


I can only imagine the conversation he has in his next job interview.


We all know popular streamers are often given games for free in the hopes that they'll play the game and live stream it, and then the game sales increase. One free licence can generate tens of thousands of £'s in sales.

I can only imagine the conversation the game streamer has when he buys a game he/she doesn't like, and for the full RRP of £69.


5 nights at Freddy's. I would never have bought it if not for streamers.
Astroneer (hundreds and hundreds of hours later) if not for a streamer.
Train Valley 1+2
Tethered
Moonbase Alpha
Lunar Flight
Limbo
Life is strange
The list goes on.


Let the AAA game industry kill itself, indies is where the most fun is had anyway.Quote

Dicehunter
People like Hutchinson are completely out of touch with reality, He even said on his Twitter today that he's streaming Fall Guys, He got called out for this and basically got shouted at "You should pay the devs an extra licensing fee on top of the price of buying the game" by hundreds of people, He never replied though, Why ? Because people like him are A-OK telling people they should pay more but when it comes to themselves they are like "Oh I didn't mean me I meant everyone else."Quote
Reply