Will GTA V's updated PC version be a free update or a new (paid for) version?

Is the PC version of Grand Theft Auto V about to get a major update?

Grand Theft Auto V has recently been re-released on PlayStation 5 and Xbox Series X/S, enhancing the game with new graphical features (including ray tracing), and additional content for GTA Online. Now, it looks like this new version of Grand Theft Auto V will also be coming to PC.

Alongside numerous graphical enhancements and other tweaks, the PlayStation 5 and Xbox Series versions of Grand Theft Auto V give gamers access to a new subscription service called GTA Online+, which gives GTA Online players several perks. Should Rockstar's new version of GTA V come to PC, PC gamers should be able to subscribe to GTA Online+. Currently, this subscription service is only available on the current generation console versions of GTA Online.

What to expect from GTA V's new PC version

On PC, it is also possible that Grand Theft Auto V will support additional ray tracing features like Ray Traced Reflections or ray traced ambient occlusion. After all, future graphics cards will have more headroom for these new graphical features. Beyond that, PC gamers can also utilise features like Nvidia DLSS, FidelityFX Super Resolution, or XeSS to upscale the game to higher resolutions. 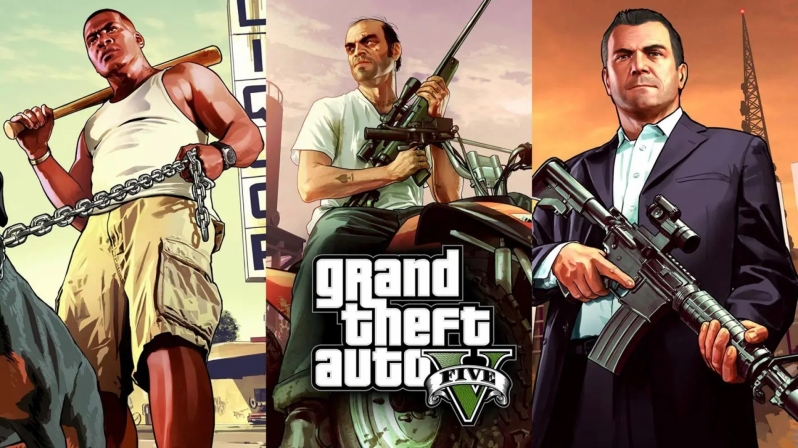 You can join the discussion on a new PC version of Grand Theft Auto V being rated by the ESRB on the OC3D Forums.

ImprovizoR
If it's not a free upgrade, then I don't know which is worse: fragmenting the PC player-base with another version of the game, or making it so that players of both versions can play with each other, which means that it could have been a free upgrade.

A sane company would not attempt to sell this. Not even as a $10 upgrade. It would be preposterous.Quote

Peace Đ
Quote:
Check Call of Duty's prices on Steam. And yes, I mean the old Call of Duty.


I'd expect this to be a free upgrade as well, but you never know... It's definitely not something worthy of a dedicated product release for PC.Quote
Reply