GTA V is the most profitable media title in history

GTA V has made more money than any book, film or album

GTA V is the most profitable media title in history

It is undeniable that Grand Theft Auto V is a hugely successful game, with the PC version of the game having a peak player count of 75,745 on Steam almost three years after the game released.

Market Watch has released an article which has reported that Grand Theft Auto V has made over $6 billion and is continuing to sell to sell well today. In total, the game is said to have sold over 90 million units.

Rockstar released GTA V initially on PS3 and Xbox 360 in 2013, later releasing the game on PS4 and Xbox One in 2014 and then on PC in 2015, finding success on all platforms. So far GTA V has sold more copies than GTA IV, GTA: San Andreas and GTA: Vice City combined.

Financial Analysts have stated that many of the world's highest grossing blockbuster films cannot compete with Grand Theft Auto V's earnings, even after adjusting for inflation.

Far above the success of blockbuster movies like Star Wars or Gone With The Wind, which both collected more than $3 billion, adjusted for inflation. Even taking into account DVD and streaming sales would not put the biggest movie blockbusters in GTA V’s neighborhood. 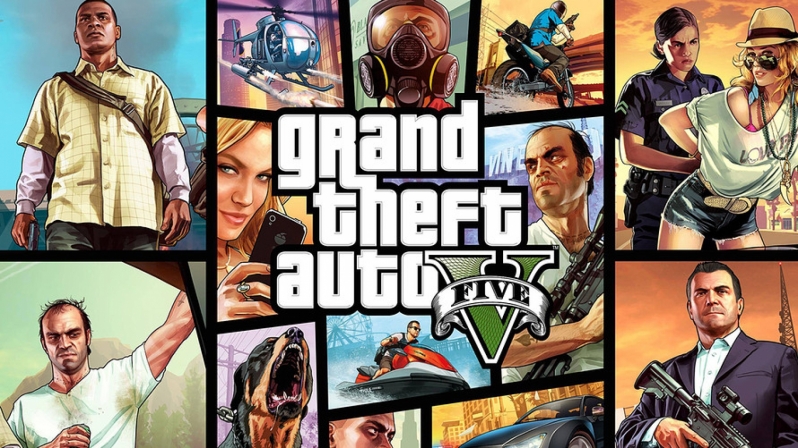 Market Watch's analysis is available to read here. Red Dead Redemption 2 is set to release on October 26th on PS4 and Xbox One.

You can join the discussion on GTA V becoming the most profitable piece of media in history on the OC3D Forums.

TheF34RChannel
It's time for VI...

Wraith
Quote:
With Red Dead 2 about to drop we won't be seeing GTA VI for at least another year, probably get a teaser or 2 over the winter months if at all... I'm siding more with the //r GTA fan base though I think we'll just get a huge expansion to GTA Online.Quote

AlienALX
I have it but 7 dvds yo. I wish it had come with a Steam key..Quote

I've got it saved it on my OneDrive for whenever I need it. I can send you a link if you like? Just be aware it will use 100% of your connection when it runs with no way to throttle it outside third party software.

[EDIT] Here's a link to the support page: https://support.rockstargames.com/hc...a-Digital-CopyQuote
Reply