Half-Life 2 VR mod is launching next month, and its coming to Steam

Are you ready to be Gordan Freeman?

VR support is coming to Half-Life 2, and better yet, the mod is going to be available for free on PC though Steam. The mod was already set to release in September, but now the game has a dedicated Steam page and a September 16th release date.

Half-Life 2 is a game from 2004, in 2022 it remains a classic. PC gamers still ask for a sequel, and while Valve does not appear to be working on one, they know that the interest is there.

With the mod's appearance on Steam, the Half-Life VR mod appears to have gotten an official nod of approval from Valve. Valve's VR exclusive Half-Life: Alyx remains on of the most well loved VR titles on Steam, and Half-Life 2 VR appears to be where VR gamers will get their next fix of Half-Life.

The mod includes support for VR motion controls, with most weapons supporting both manual reloading and aiming, and useful accessibility features like laser weapons sights and quick reload options for gamers who want a simpler gameplay experience.

In time, the Half-Life VR modding team also wants to make VR versions of Half-Life 2 Episodes 1 and 2, and add additional upgrades to the game that will include enhanced textures, additional animations, support for hand poses, and more. 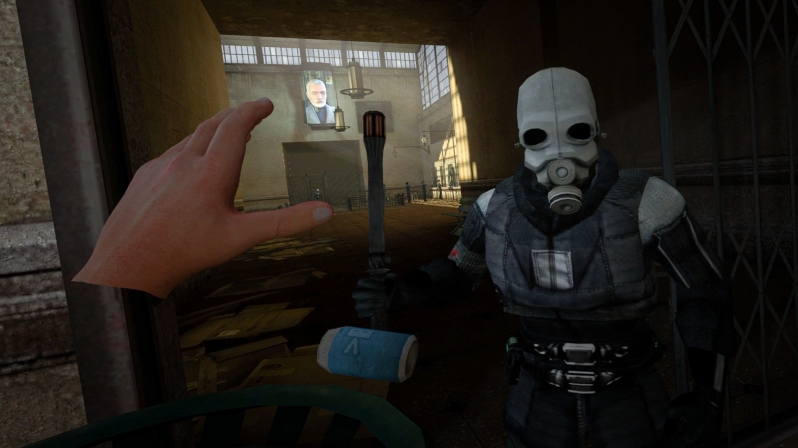 You can join the discussion on Half-Life VR on the OC3D Forums.

hmmblah
So excited for this one, but hopefully you can switch off VR mode during vehicle use. No way I'd be able to do that without puking my guts out.Quote

Warchild
Quote:
if they do what elite dangerous does and remove the bouncing, it should be okQuote

hmmblah
I tried a VR roller coaster once. I didn't even make it to the first hill. It went about 10 feet in a straight line and the room started spinning. I love VR, but damn it makes me sick. Alyx was fine for me with the teleporting to move, but I can't play a game like the Walking Dead that doesn't support that.

What I really need is a big warehouse I can walk around freely in.

Edit: From the steam page: (Note: there is currently no teleport movement option.)Quote

Warchild
Quote:
My suggestion is to build a tolerance. I found a great way was to play seated at first and in very short intervals. My brain eventually got used to it. Asghards wrath was terrible for me at first, but now I can happily run around.Quote
Reply