Are in-house game engines becoming to difficult to build and maintain?

The next Halo may be built using Unreal Engine 5

According to the video game journalist and reviewer Jeremy Penter, also known as Angry Centaur Gaming, has revealed this his sources have confirmed that 343 Industries, the studio behind Halo Infinite, is moving away from their in-house Slipspace Engine and towards Unreal Engine.

This this report is true, the next Halo could be built on Unreal Engine 5, and Halo Infinite could have a much shorter lifespan than expected. Halo Infinite was originally planned as a title that would be supported for a decade with new campaigns, and other content.

Engines are the frameworks that are used to develop modern games, and many major AAA developers are finding it difficult to modernise and maintain their in-house engines while creating high quality content using them. Creating, updating, and maintaining a game engine is a difficult and expensive process, which is why many developers are now abandoning their in-house engines and moving towards pre-built engines like Unreal Engine 5. Doing so allows studios to use their development time elsewhere, and focus more on making new games than constantly upgrading/changing their in-house game engines.

Earlier this year, CD Projekt Red confirmed that they would be abandoning their in-house REDengine when Cyberpunk 2077's development concludes. After this, CD Projekt Red will be moving to Unreal Engine 5, confirming that they plan to make a new The Witcher game.

Why move to Unreal Engine 5

The simple reasons why many developers are moving to Unreal 5 are that it reduces costs by offloading engine development to Epic Games, grants them access to an advanced and easy to use suite of tools and most game developers are already familiar with, and the simple fact that Unreal Engine is often easier to use than the in-house engines that have been created and developed by studios.

Unreal Engine was designed to be incredibly versatile, and in-house engines are often designed with specific games/genres in mind. Moving to a new genre, or adding new features is often a difficult process for in-house engine developers. Gamers should remember the issues that EA faced when using their Frostbite engine (which was originally designed for FPS) to create Mass Effect: Andromeda (a large scale RPG), or the challenges that Bethesda faces when Fallout 76 launched (a multiplayer online game that was built using a primarily single-player focused engine). 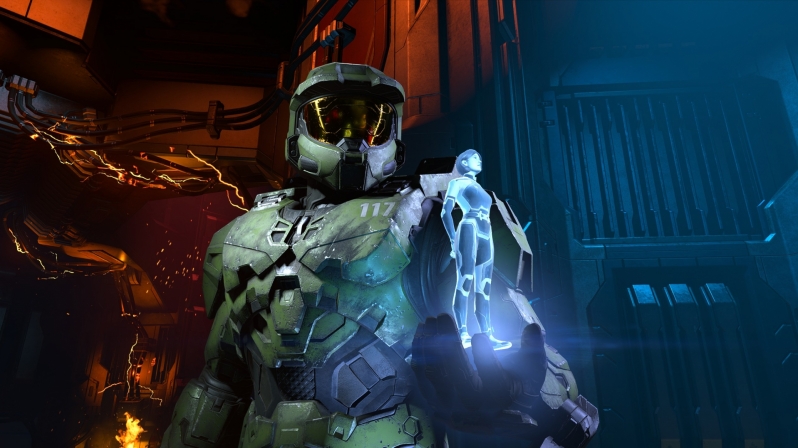 Will Halo's move to Unreal Engine 5 be a positive one?

A lot of AAA games utilise Unreal Engine. The Gears/Gears of War franchise has always made use of Unreal Engine, and the series' move to turn-based tactics with Gears Tactics proves that Unreal Engine can allow developers to easily experiment with new genres and game types.

With Unreal, 343 Industries can focus on creating fun Halo games instead of making sure that their Slipspace Engine is always at the cutting edge of graphics technology. This can be a hugely positive change for 343 Industries, though the move away from Slipspace could spell some major changes for the studio internally, and it is unknown how those changes will impact the developer.

You can join the discussion on 343 Industries reportedly ditching their in-house Slipspace engine on the OC3D Forums.

NeverBackDown
Good for them. They need all the extra development time they can get because they sure haven't made a good halo yet

Dicehunter
IMO this is smart, Aside from their side project Fortnite, Epic concentrates mainly on constantly building and improving their engine and bringing out new cutting edge software technologies.Quote

Warchild
I support this.

If the gaming industry were able to all move towards more commonly used engines, we would have better support and maybe less bugs.

I get the its good to make your own engine to optimise your own features, but lets face it, Ubisoft, Dice and Bethesda release just awful titles now, with a buggy mess allowing your to exploit the games via the engines themselves.

It would put pressure on the main engine providers to ensure its optimised fully as much as possible.Quote

NeverBackDown
It does limit the types of games that can be produced optimally. Sometimes creating your own engine is the smart thing to do. There's no such thing as a universal game engine despite how good UE has tried to become(tbf UE5 is quite impressive which is the reason for many big studios switching)

I say just be careful what you ask for! Never know how it will turn outQuote

Warchild
Quote:
We don't need universality though, just main engines e.g. like the phone industry has apple, android and ubuntu.

UE, Unity and one more would be perfect. Besides, Id rather see delays and bug quashed releases than what gets pushed out right now. Who knows, perhaps Anthem could have been better, Star Citizen may have been further along had it not tried using Amazon lumberyard only to drop it and switch, etc. Lets not even comment on how bad the Dice Engine is these days... the exploits you could do by manipulating graphic settings was comical.Quote
Reply