Here are Steam's top-selling games of 2020

This list is based on revenue, not the number of games sold

Here are Steam's top-selling games of 2020

Valve has just released its list of top-selling PC games, revealing Steam's top earners for 2020. This list is based on each game's gross revenue, not the number of copies sold on the platform, a factor that has allowed several free-to-play PC games to appear on the list.

Within Steam's Platinum category, which includes Steam's top 12 earners, we can see that titles like GTA V, Rainbow Six Siege and Counter-Strike: Global Offensive remain strong earners for Valve, though relatively new titles like Cyberpunk 2077 and Fall Guys have made the list.

Despite being free-to-play titles, Counter-Strike: Global Offensive, DOTA 2 and Destiny 2 stand amongst Steam's top earners, highlighting how well the free-to-play model can work for some titles. 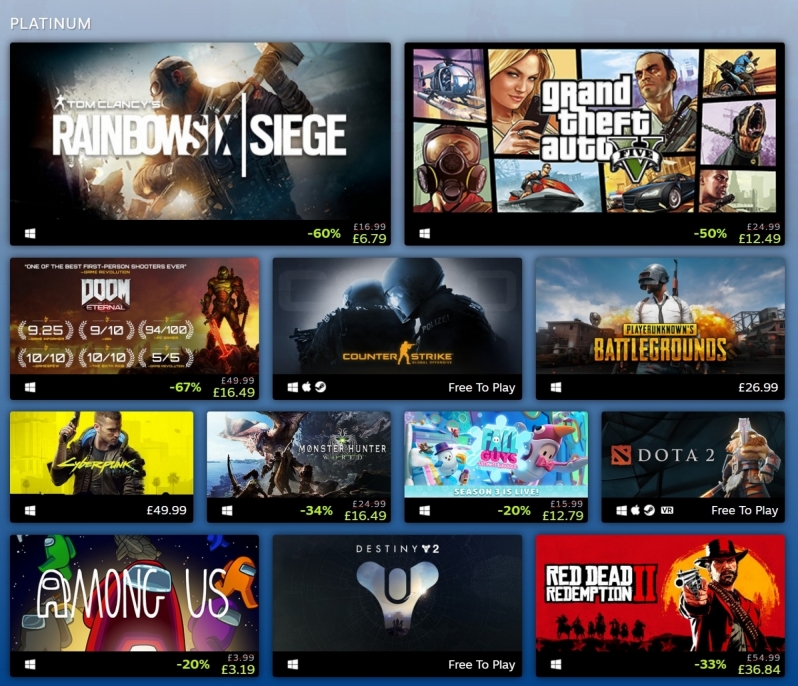 Valve's Gold section is Valve's next 12 top earners, including Warframe, another free-to-play title, and also includes several Microsoft titles. Halo: The Master Chief Collection and Sea of Thieves sit amongst Valve's top 24 earners, with Microsoft Flight Simulator sitting within Valve's Silver category. 2020 has been a great year for Microsoft within the PC gaming space.

Despite the game's 6 months of Epic Games Store exclusivity, Borderlands 3 has managed to become one of Steam's top 24 earners, highlighting the strength of Steam as a PC gaming platform. 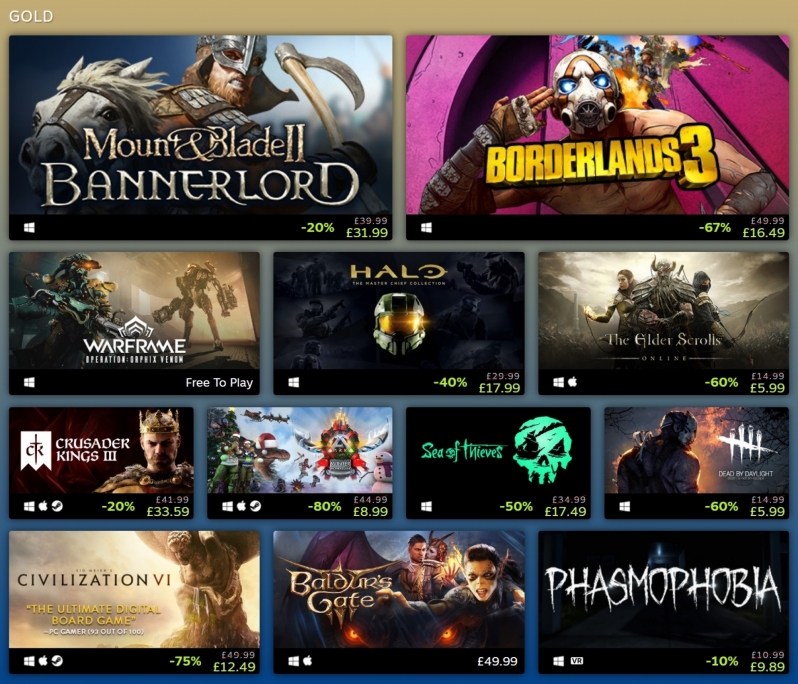 Most of Valve's top earners are not new AAA releases; they are titles which have received a lot of long term support, plenty of DLC and tonnes of content. It's genuinely surprising how few of Steam's top 2020 earners were released in 2020. 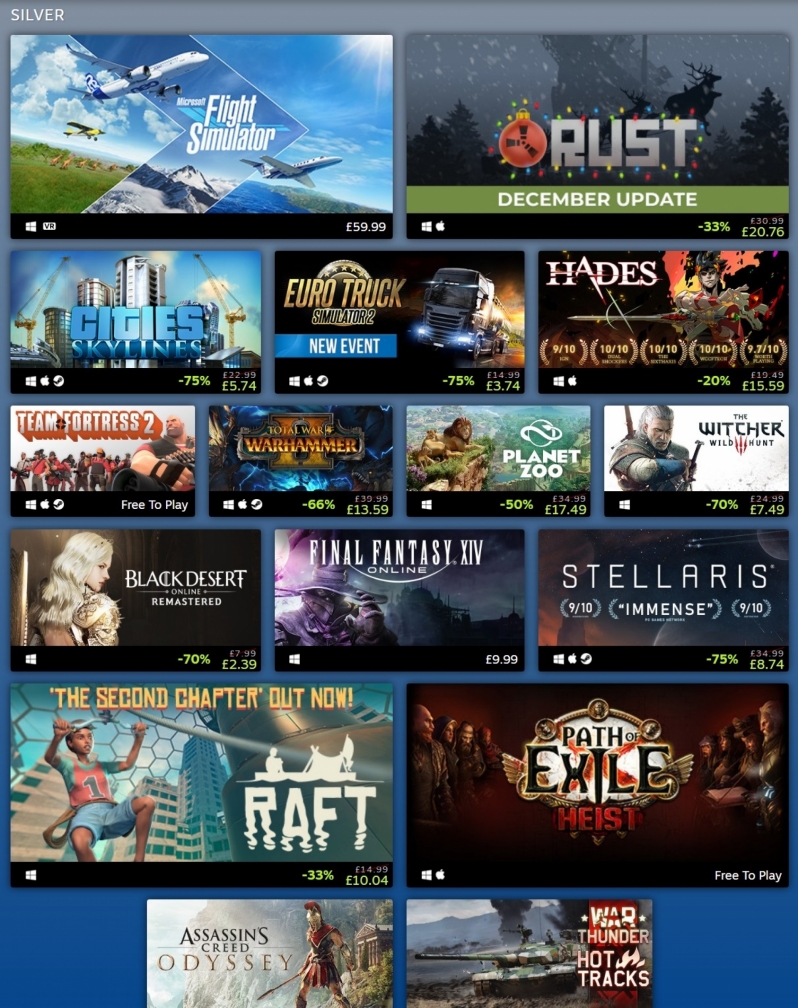 You can join the discussion o Valve's "Best of 2020" games list on the OC3D Forums.