The game launches on October 12th

Is your PC ready for Back 4 Blood?

Back 4 Blood's launching on October 12th, arriving from Turtle Rock Studios, the company behind the first Left 4 Dead game. As such, Back 4 Blood is seen by most gamers as the modern Left 4 Dead sequel that many of us crave, offering gamers 4-player co-op and plenty of zombie, ahem, Ridden slaying action.

On PC, Turtle Rock Studios has confirmed that Back 4 Blood will feature support for uncapped framerates, ultrawide monitors, multi-monitor setups, variable refresh rate technologies like G-Sync. The game will also feature DLSS on PC, a feature that is exclusive to Nvidia RTX users. Cross-play will be available to allow gamers to play together regardless of their platform.

For the most part, Back 4 Blood's finalised recommended system requirements are similar to the game's Open Beta requirements. That's great news for those who took part in Back 4 Blood's PC beta, as it means that the game's launch-day version should offer gamers similar performance levels.

Back 4 Blood's PC system requirements are low by today's standards, requiring an Nvidia GTX 1050 Ti or a Radeon RX 570 for 1080p Low settings alongside an i5-6600 or a Ryzen 5 2600. These GPU requirements suggest that gamers need 4GB or more VRAM to play Back 4 Blood.

With DLSS support coming to Back 4 Blood at Launch, most Nvidia RTX players will likely be aiming for high framerate 1440p or 4K gameplay in Back 4 Blood. Most users of high-end graphics cards will likely be targeting high 60+ FPS framerates, which is great news for 120Hz+ monitor owners.

Back 4 Blood will be available for PC on Steam, the Epic Games Store, and the Microsoft Store on October 12th. The game will also be available through Xbox Game Pass for PC on this date.

You can join the discussion on Back 4 Blood's PC system requirements on the OC3D Forums. 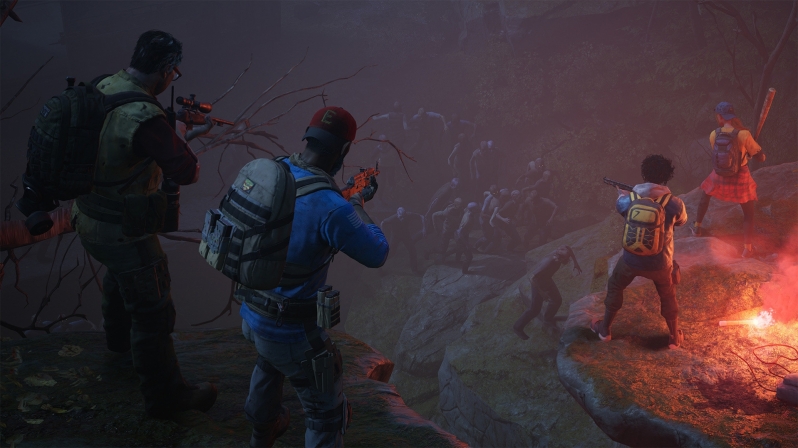 KingNosser
100% skipping this until i hear something good and so far haven't sadly.Quote
Reply