Here's what you will need to run Crisis Core: Final Fantasy 7 - Reunion on PC

The PSP classic is getting remastered for modern gaming systems

Is your PC ready for Crisis Core?

Crisis Core: Final Fantasy 7 - Reunion is coming to PC and consoles on December 13th, bringing the PSP classic to modern gaming platforms with fully remastered visuals, a new soundtrack, renewed 3D models, an improved battle experience, and fully voiced English and Japanese dialogue. On PC the game will be released through Steam, and today Square Enix has released the game's PC system requirements.

The good news for PC gamers is that Crisis Core will be easy to run on PC, with the game's recommended system requirements targeting 1080p 60 FPS gameplay with relatively modest PC hardware. With a Radeon RX 5500 XT or a Geforce GTX 1060 3GB, PC gamers can enjoy 1080p 60 FPS gameplay, and owners of older graphics cards like AMD's RX 460 and Nvidia's GTX 750 Ti will be able to enjoy the game at 720p 30 FPS. In theory, this game should play brilliantly on Valve's Steam Deck handheld gaming system. 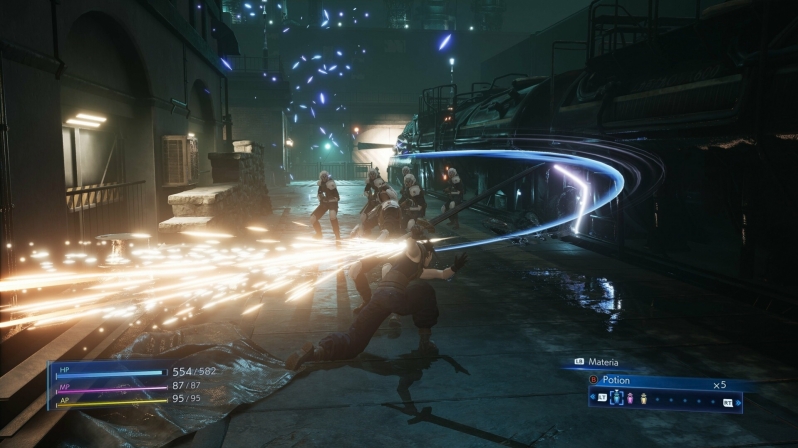 On the CPU side, PC gamers will be able to run Crisis Core: Final Fantasy 7 - Reunion at 60 FPS with any modern quad-core processor, with AMD's Ryzen 3 1200 and Intel's Core i5-6500 being recommended. These CPUs are very low-end by today's standards, and more modern/powerful quad-core CPUs are already available for £100 or less.

With such low PC system requirements, Crisis Core: Final Fantasy 7 - Reunion will be one of the more accessible PC releases of 2022, which makes sense given the fact that the game is a reworked PlayStation Portable title from 2007. That said, this remake's visuals have recieved a incredible overhaul, making the game look so much better that some mistook it for a remake when it was first revealed.

You can join the discussion on Crisis Core: Final Fantasy 7 - Reunion's PC system requirements on the OC3D Forums.

Warchild
Its Crisis Core, its never been demandingQuote
Reply