Here's when Halo Infinite's campaign will unlock in your region

Will you be playing Halo Infinite on day-1?

This will be the largest Halo launch to date, and we have made this article to let you know when the game is going to unlock in your timezone. In the UK, Halo Infinite will unlock this Wednesday at 6 PM. For those outside of the UK, the list and map below should cover most global regions.

Sadly, Halo Infinite will launch without support for campaign co-op or forge mode, with both modes arriving in the form of a post-launch patch sometime in 2022. For now, Halo Infinite's campaign is single-player only. 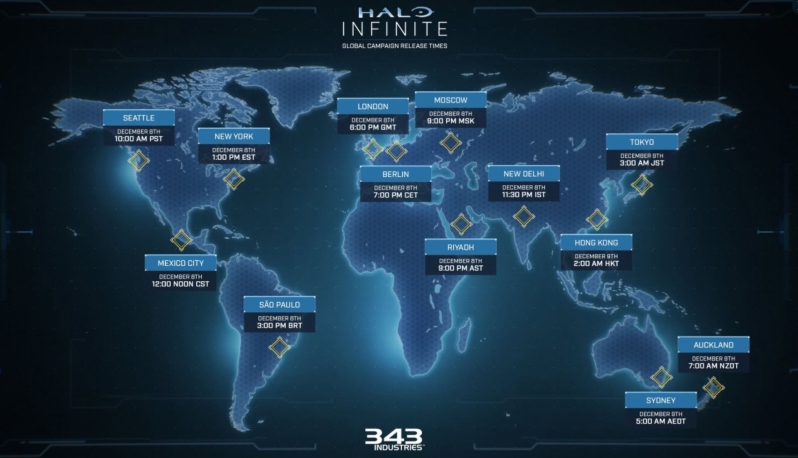 You can join the discussion on Halo Infinite's campaign release time on the OC3D Forums.

NeverBackDown
The question of 343 being able to produce a quality Halo campaign will be answered soon enough...