Here's when the Beta for Marvel's Avengers will release

Here's when the Beta for Marvel's Avengers will release

Square Enix has confirmed that Avengers fans can expect to see another Avengers "WAR TABLE" stream this month, which will cover, amongst other things, the game's upcoming betas.

Marvel's Avengers' next deep dive will be hosted on July 29th, starting at 10 AM PDT in the US, 7 PM CEST in Europe and 6 PM BST in the UK. Dates for the game's PC, Xbox and PlayStation Betas have also been revealed.

During the next major stream for Marvel's Avengers, gamers are expected to receive a new trailer for the game and details about the game's online, co-op and single-player modes. 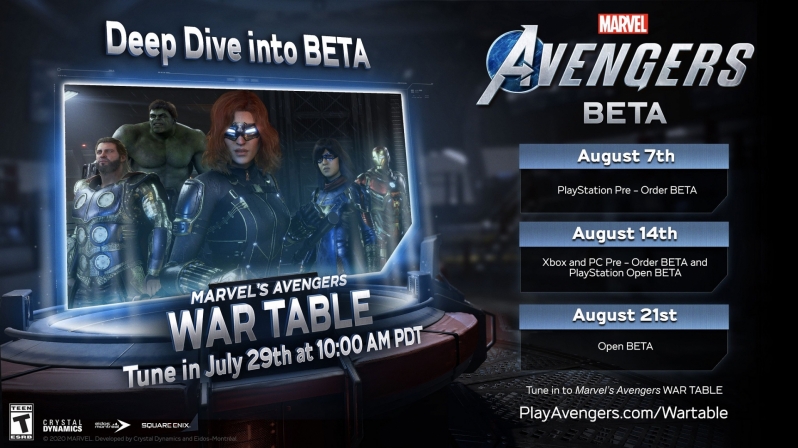 You can join the discussion on Marvel's Avengers' upcoming beta on the OC3D Forums.