Guerilla Games' Horizon Zero Dawn is due to release on PC next month, bringing some of Sony's best PlayStation 4 content to an entirely new userbase. Now, the game is available to pre-order on Steam, and some gamers have noticed that the game's pricing has changed in a lot of regions.

In the UK, Horizon: Zero Dawn's original UK price of £32.99 has increased to £39.99 on Steam, and other regions have seen similar changes. SteamDB has charted these alterations, allowing PC gamers to know if the game's pricing has shifted in their region.

In the UK, Steam's new pricing brings Horizon: Zero Dawn's price tag in line with other storefronts like the Epic Games Store, representing a price increase that's roughly equivalent to adding on the UK's 20% VAT costs. This change suggests that Horizon: Zero Dawn's early UK pricing was a mistake, and that someone forgot to add VAT to the game's UK pricing. Even so, some gamers are annoyed at the increase, as early purchasers may have gotten the game for £7 less.

On PC, Horizon: Zero Dawn will release with a dedicated benchmarking mode, ultrawide support, variable framerates up to 120 FPS, dynamic foliage, dynamic resolution settings, field of view options, and improved in-game reflections.  All of these features are detailed in the game's recently released "PC Features Trailer", which can be viewed here. 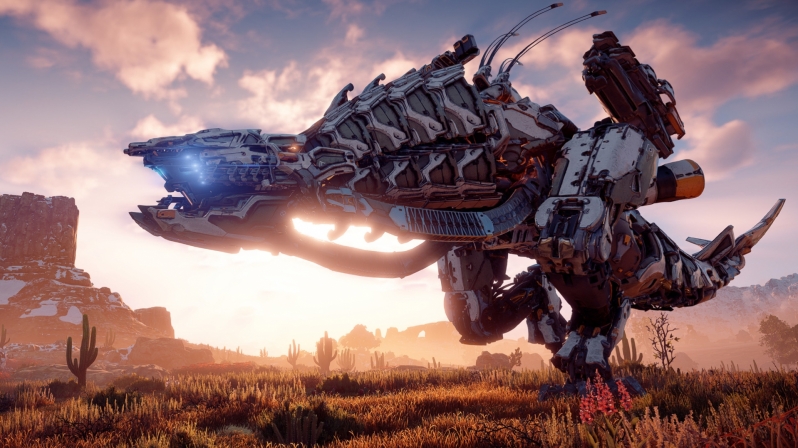 You can join the discussion on Horizon: Zero Dawn's PC version on the OC3D Forums.

Greenback
lucky me already got itQuote

elrasho
Its single player only

Dicehunter
Cool... I'll wait for a sale then for when it's below £20, Not paying £40 for a 3 year old game that was simply ported and the frame rate unlocked.Quote

Vipermk2
Quote:
Same here and also got a £5 discount on top