Get boosted performance through smart upscaling

DLSS and FSR are both smart upscaling technologies, which allow lower resolution images to be upscaled to higher resolutions to deliver crisp high resolution visuals while also delivering much higher frame rates. This makes gaming at resolutions like 4K a lot more feasible on lower-end hardware, with Nvidia's DLSS being supported on Nvidia's RTX series GPUs while AMD's FSR tech is supported on all modern graphics cards.

Below are the patch notes for Horizon: Zero Dawn's Patch 1.11 for PC. 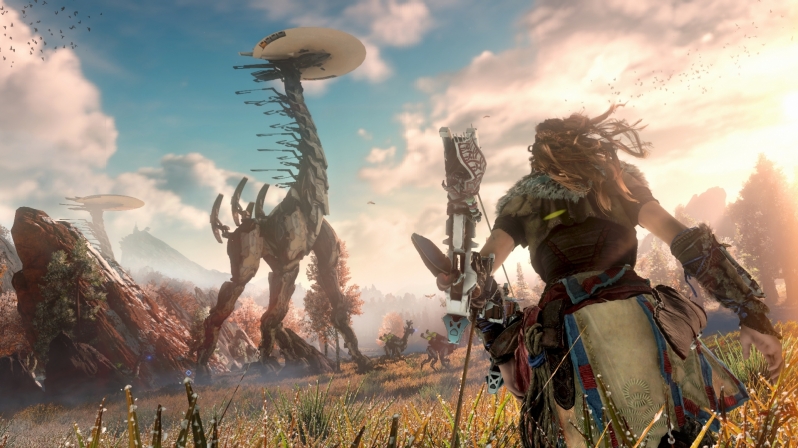 - Adjusted settings screen to facilitate the addition of DLSS and FSR.
- Render Scale option has been removed but same result can now be accomplished by adjusting setting Upscale Method to Simple and adjusting Upscale Quality.

- Improvement to the shader management system. This will result in a few noticeable differences:
- There is no longer a shader pre-compilation step on startup. The game will always compile shaders during loading and in the background.
- Stutters during gameplay that used to occur due to background shader compilation have now been significantly reduced.
- Because shader compilation is still happening in the background you may notice the game having a higher CPU utilization while that is happening.
- Loading screens will wait for the required shaders to be fully compiled. This may cause loading screens to take somewhat longer on certain systems.
- On higher spec machines with faster CPUs the loading screens will typically be shorter, due to more efficient shader compilation that better leverages high-end CPUs.

Please ensure your game is up-to-date before heading back out into the wilds, and reach out to us if you’re still experiencing any issues. We appreciate all of your wonderful support and feedback; we wish you a fun-filled festive period!

You can join the discussion on Horizon: Zero Dawn's latest PC patch on the OC3D Forums.

trawetSluaP
I've 100%'d the game on PC when it was released.

Now playing again on PS5 to get the Platinum Trophy.

Will definitely being playing again on PC with DLSS afterwards. I think it's got to the point of being my favourite game of all and with DLSS might be able to crank it up to Ultra!Quote
Reply