Minecraft's RTX/raytracing beta will be available for PC later today, but you will need to jump through a few hoops in order to access this new DXR enabled version of the game.

For starters, this beta is for the Windows 10 version of Minecraft. While this will be annoying for Minecraft's Java-loving masses, the fact of the matter is that Minecraft with RTX utilises Microsoft's DXR API and therefore requires DirectX 12 to operate. This means that you will need to own Minecraft on the Microsoft Store to access Minecraft with RTX's PC beta.

If you own Minecraft on the Windows 10 Store, you will need to jump through a few hoops to access Minecraft's ray tracing beta, and your journey starts with Microsoft's Xbox Insider Hub.

Go onto the Microsoft Store on Windows 10 and search for the Xbox Insider Hub, all you will need to do is select install and then wait for the app to download and install. After that, you can launch the app and proceed to the next stage.

Note that you will need a Windows account and an associated Xbox Live account for the following steps. 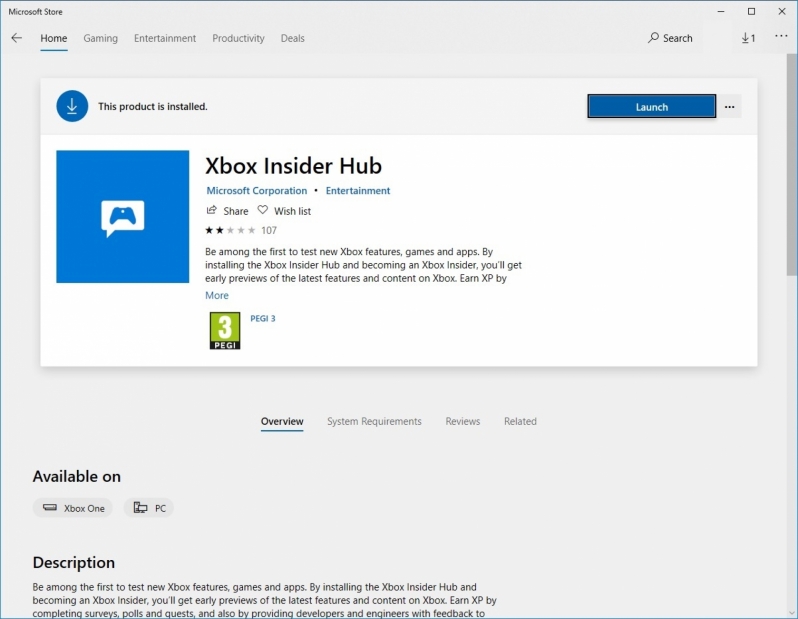 Within the Xbox Insider Hub, select "Insider content" from the drop-down menu at the left-hand side of the screen. This will reveal a list of betas that your Xbox Live account can access on PC. 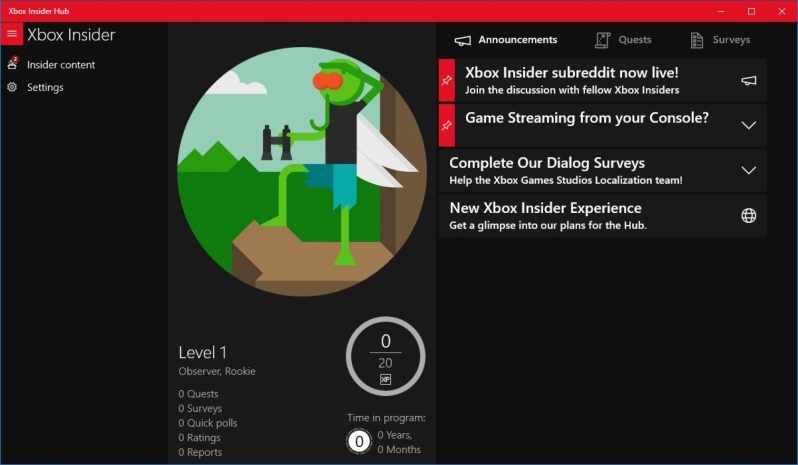 After clicking on "Insider content", you will be able to select Minecraft to access the latest beta builds for Minecraft. Note that several beta versions of Minecraft are currently available, so make sure that you access Microsoft's "Minecraft for Windows 10 RTX Beta" 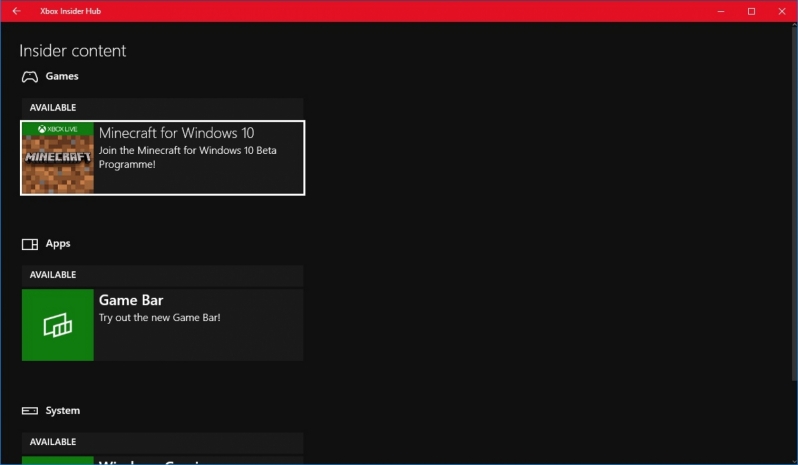 Once you are in the page below, all you need to do us enrol in Minecraft's PC beta, which may take aa minute or two depending on Microsoft's server traffic. After you do this, select "manage" to make sure that you have enrolled into the correct Minecraft Beta.

Note that Minecraft's beta releases won't be able to access Realms, or be able to join games with non-beta players. 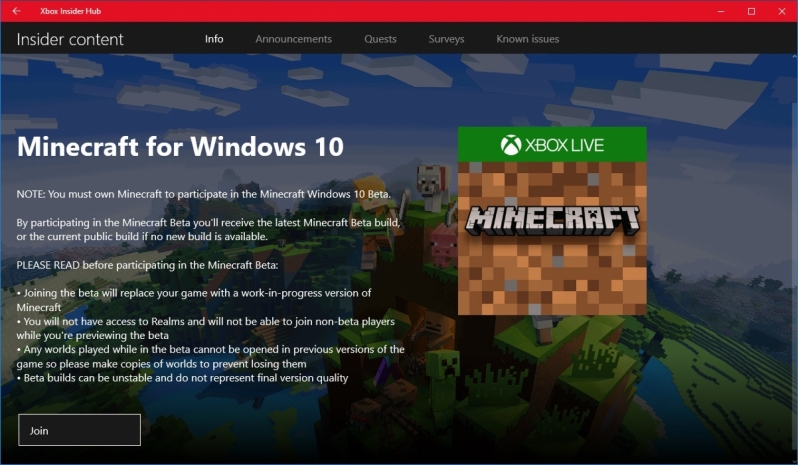 The screen below will show how Minecraft players can join each of Minecraft's betas. Only the RTX version of Minecraft will feature ray-traced graphics and PBR compatible textures.

After selecting our preferred beta, Minecraft's PC version will automatically update to deliver the game's beta content on the Microsoft Store. The beta should be available to PC gamers at 4 PM (BST) today.

You can join the discussion on joining Minecraft's RTX beta on the OC3D Forums.

jcchg
Perhaps the only game worth the RT upgrade, but still needs a 2080Ti to run the game at 1080p 60 fps.Quote

WYP
Quote:
Framerates are very situational TBH. Depends on the scene, rendered chunks and a lot of other factors. RTX 2080 Ti runs at 4K 30-40 a lot of the time with DLSS.

Should be reporting more on this tomorrow.Quote
Reply