How to use Crysis Remastered's Built-in benchmarking tools

How to use Crysis Remastered's benchmark

How to use Crysis Remastered's Build-In benchmarking tools

Like the game's original 2007 release, Crysis Remastered features a built-in benchmarking mode, allowing PC gamers to test their hardware across several areas using all of the game's graphical presets.

Crysis Remastered's benchmarking tool is hidden within the game's installation folder, making the tool inaccessible to those who are unwilling to look for it. Be warned though, as this benchmark was designed for another area, making it a lot less appealing than modern in-game benchmarks visually.

Within this folder is a sub-folder called Bin64, which contains the EXE for Crysis Remastered as well as the game's benchmarking tool. Below is an image which shows the contents of Crysis Remastered's Bin64 folder. 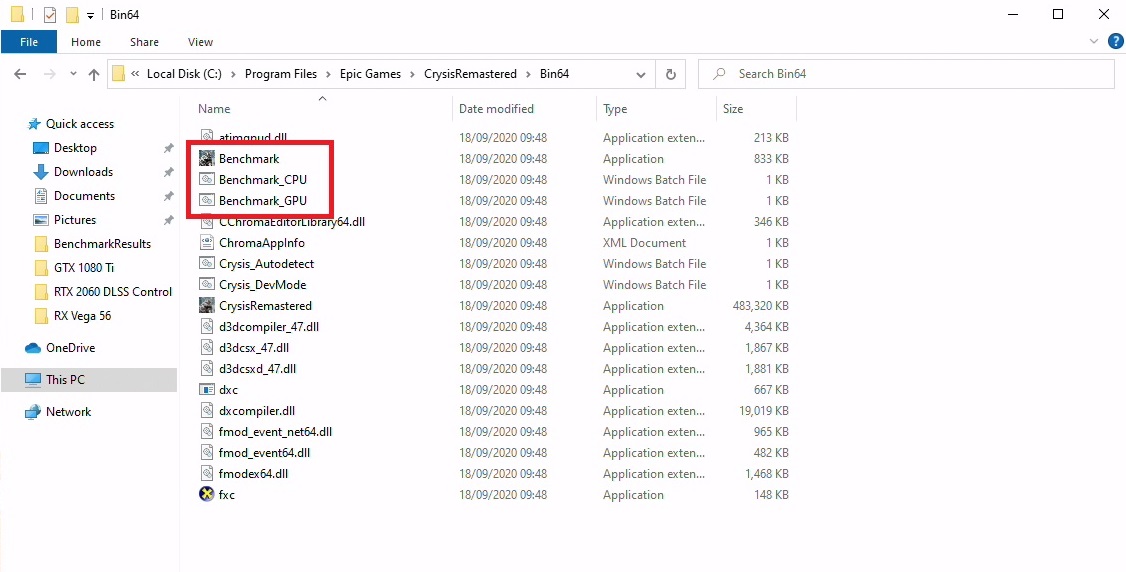 Crysis Remastered's built-in benchmarking tool is the same as the benchmark included within Crysis' original 2007 release. The benchmark runs a pre-defined scene across four loops and then generates a results file which will sit within the CrysisRemastered folder under BenchmarkResults.

This benchmark measures how long it takes your PC to rush through a certain number of frames across a pre-defined pathway. This oddity means that faster PCs will finish Crysis Remastered's benchmark faster than slower systems. 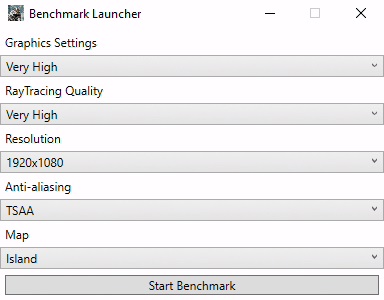 You can join the discussion on Crysis Remastered's benchmark tool on the OC3D Forums. 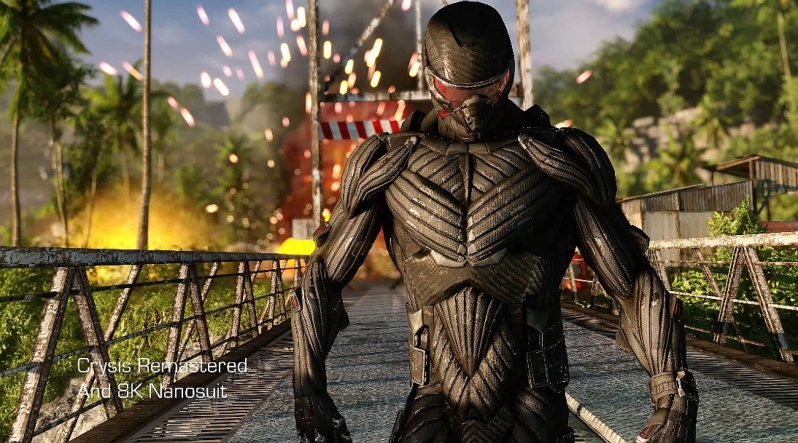 AlienALX
Just bought this. It was £27.99 on Epic store. Went to checkout and got a tenner off ! what a touch. Very happy about that, will melt my 2080ti with it next week

Warchild
Quote:
It cost me £12 on epic

Not gonna complain about that!Quote

YOUDIEMOFO
Saweeeeeeeet! Got this the other day. Looking to give that benchmark a run for sure!!

Warchild
anyone not seeing much RTX going on though? water looks nice, but the campfires seems non exist for RTXQuote

AlienALX
Quote:
No, but that is a compliment if that makes sense.

IE It looks totally gorgeous, so I don't care if it's traced or not.

I'm still most impressed with the sound though. God what a difference !Quote
Reply