Humankind's dropping Denuvo ahead of launch to avoid performance issues

Amplitude's Denuvo Integration 'was not good enough', so they dropped it

Humankind's dropping Denuvo ahead of launch to avoid performance issues

Denuvo's anti-tamper technology is a plague on the PC gaming market, at least according to technology's many detractors. For developers and publishers, it's a necessary anti-piracy measure, while for gamers, it's an unwanted add-on at best, and at worst, it's a performance sucking vampire.

A recent example of Denuvo's infamy is this week's Resident Evil Village patch, which made changes to the game to "optimize the (its) anti-piracy technology". This patch addressed issues with the game's PC version that caused stuttering when certain actions are taken in-game, improving the game's framerate stability for all players.

Since Resident Evil Village uses Denuvo in conjunction with Capcom's own went-piracy technologies, it is understandable how this controversy has placed Denuvo's technology in hot water.

Amplitude Studios has faced similar issues with Denuvo, stating that their Denuvo implementation within their closed beta for Humankind was "not good enough". In response to the criticism of their Humankind's closed beta, Amplitude has decided to remove Denuvo from their game. Simply put, the studio does not have enough time to fix their Denuvo implementation before Humankind's August 17th launch, so they have decided to remove Denuvo from the game.

With Humankind, Amplitude Studios are taking a bold step. Removing Denuvo from their game opens it up to earlier piracy and lost sales. This decision could lose Amplitude a lot of money when Humankind launches next month. That said, a poor Denuvo implementation will harm early reviews for the game and harm the game's user experience.

Thank you for all your feedback on this, we have been following along and having internal discussions before getting back to you. Based on data from our trial during the Closed Beta, we have decided not to include Denuvo in Humankind at launch.

First, let me explain the reasoning behind our initial decision including Denuvo – We work really hard and pour our hearts into these games we make, and pirating really does affect our ability to keep creating games with you guys.

We’ve been working on this game for more than 4 years now and personally it’s been my dream project for 25 years. We’ve been one of the most wishlisted games on Steam this year, so we know we’re going to be targeted by pirates, more so than any of our previous games. If Denuvo can hold off a cracked version, even just for a few days, that can already really help us to protect our launch.

That being said, our priority is always the best possible experience for the players who buy our games and support us. Denuvo should never impact player performance, and we don’t want to sacrifice quality for you guys.

We believe that it’s possible with the right integration, which is what we wanted to test during the Closed Beta. However, we found that the way it was currently integrated was not good enough, and it’s not something we can fix before release. So, we are taking it out.

I hope this answers your questions. Thank you as always for your support, and we can’t wait to see you all at launch (and beyond!) 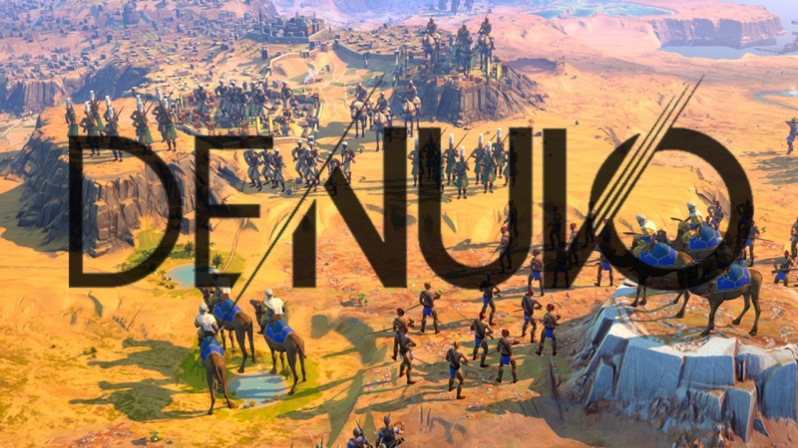 Humankind is a turn-based strategy game that allows players to rewrite human history by leading a civilization from the ancient era to the modern age. Through the game, players will not only research new technologies, gather resources and construct armies; they will also be creating a unique culture for their civilization that will influence how they develop over time.

Humankind is designed to offer players unique gameplay experiences and an authentic historical feel while allowing players to create unique cultures and have unique experiences each time they play the game. While Humankind can be compared to Maxis' Civilization series, Amplitude's Humankind is designed to give players more customisation options and a stronger link to the civilizations they will lead.

Humankind will launch on PC on August 17th.

You can join the discussion on Humankind dropping Denuvo ahead of launch on the OC3D Forums.

ET3D
This should open the way for a GOG release.Quote
Reply