Yesterday we reported on an emerging story regarding an embargoed security bug that affected Intel CPUs, one so severe that both the Windows and Linux kernels have required extensive redesigns to secure affected systems.

This issue is said to primarily affect Intel CPUs, though in the latest Linux Kernel, where a software fix is now active, all x86 CPUs are treated as insecure. While AMD has stated that their products are not affected by this security flaw, it seems like the developers of the Linux Kernel are being cautious with the initial release of this Kernel, though future versions could remove this feature for AMD users if it is found to be unnecessary.

Update - An AMD patch for the Linux Kernel is now available here. Another workaround to prevent PTI from applying to AMD CPUs is to boot the kernel with the nopti command line parameter. We are currently hearing conflicting reports regarding this patch's merger with the mainline Linux Kernel.

Right now Windows does not have a kernel patch to address this particular issue though we have the next best thing, Linux benchmarks (courtesy of Phoronix). These results deliver a quick look at I/O performance, Compile performance, encoding performance and even gaming. Thankfully not all of these workloads are affected by this new kernel patch. 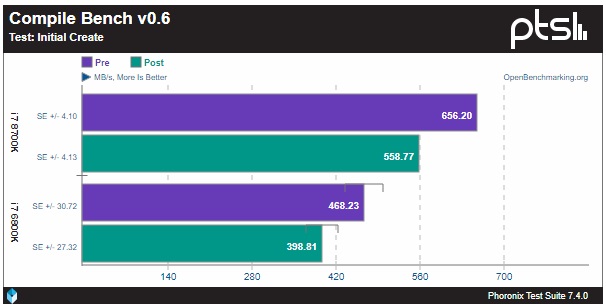 The performance degradation here is astounding, showcasing exactly how much these changes can affect the performance of certain applications. Given the fact that these are synthetic benchmarks, the real-world performance impact of this kernel patch is expected to be lower for consumers, though it does highlight how bad the problem can be. 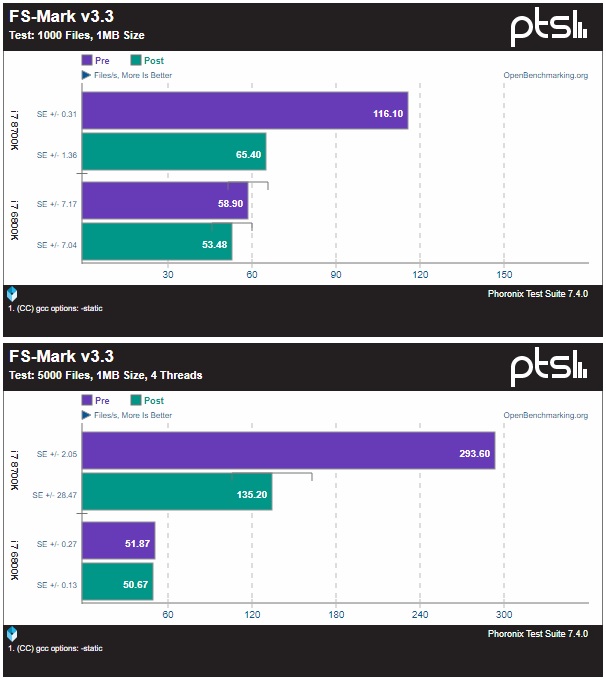 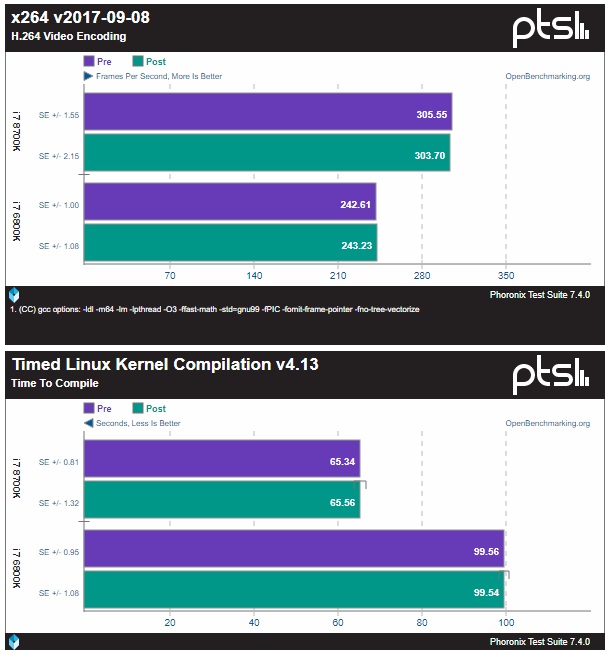 In gaming, it looks like performance is unaffected by this patch, though it must be remembered that this is not using the Windows Patch and that these games are likely to be GPU bound on an AMD RX Vega 64. We plan to conduct some more detailed benchmarking when the security fixing patch lands on Windows. 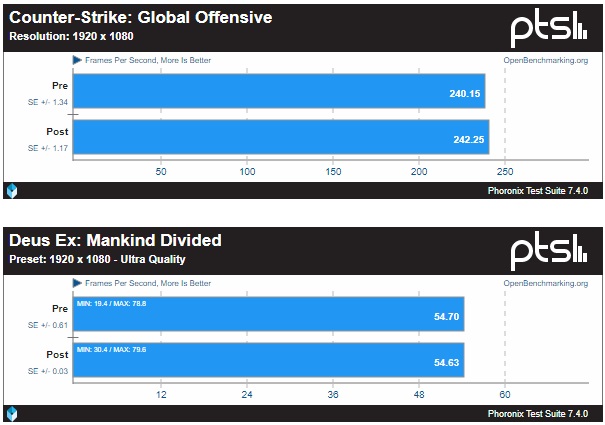 Looking at these benchmarks it seems clear that this issue will affect I/O heavy workloads the hardest, making this update catastrophic for data centre users. Given the apparent gravity of this  design flaw this performance hit will likely be a price that users are willing to pay in the name of security.

What we will be showing here is just a small portion of the benchmarks available from Phoronix, so we recommend that you have a look over on their website to see their benchmark results in full detail.

Update - Intel, AMD and ARM have all released statements about these recently discovered security issues.

You can join the discussion about these initial benchmarks on Linux's new security fixing kernel on the OC3D Forums.

AlienALX
Quote:
AMD are on it

AlienALX
Quote:
They will be as soon as their "unpatch the indiscriminate patch" goes live

Gothmoth
Quote:
they (at least microsoft) work on this patch since october.

they should be able to confirm if AMD is affected or not...