While AMD does plan to launch new Ryzen processors later this year in the form of their Zen 4 based Ryzen 7000 series, it looks like Intel is ready to deliver some strong competition with their planned 13th generation Raptor Lake processors. AMD will need to deliver a strong generational leap in CPU performance to best Intel, as their current performance lead in Geekbench 5 is significant. 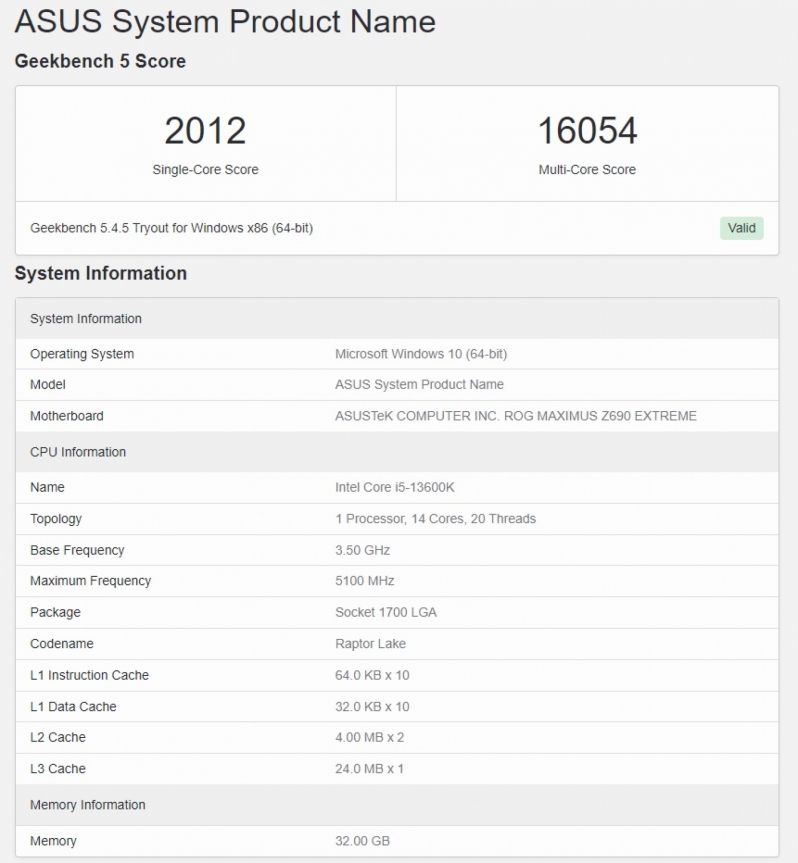 While AMD does promise to deliver strong IPC increases and higher core clock speeds with their new Zen 4 Ryzen 7000 series processors, AMD will not be offering their customer higher core/thread counts. This limits the performance gains that AMD can achieve with their Zen 4 Ryzen 7000 series processors, making the increased E-core counts of Intel's 13th generation processors highly significant.

Intel's new i5-13600K is shaping up to be a strong mid-range product for Intel, leaving AMD with little room to compete. That said, we do not know how Intel will price this processor, or how much AMD's competing Ryzen 7000 series CPUs will cost.

You can join the discussion on Intel's i5-13600K processor and leaked benchmarks on the OC3D Forums.

Gothmoth
i can be wrong but was geekbench not critizised for favoring intel in general?

and it is a benchmark that historically favors "burst" workloads vs "sustained" workloads. so intel will have less a power draw issue and potential throtteling.

personally i never gave much about geekbench.

people say cinebench is not relevant... but in my case it is.
as it showcases render performance quite good.