Update - Epic Games' Tim Sweeney has claimed that Epic Games are working on a solution to this problem, allowing Hitman 2 owners on Steam to access that games content using the Epic Games Store version of Hitman 3. Whether or not this solution will be ready for Hitman 3 on launch day (January 20th) remains to be seen.

Storage-wise, Hitman 3 can allow gamers to replay the whole trilogy with a 60-70GB install size (platform dependant), making the entire trilogy smaller than Hitman 2's install size. Not bad for gamers who want to save up every piece of SSD space that they can.

On PC, Hitman 3 will be an Epic Games Store exclusive, moving the franchise away from Valve's Steam storefront. Sadly, this means that Hitman 1/2 players will not be able to use their Steam purchases to access each game's content within Hitman 3, forcing PC gamers to repurchase Hitman 1/2's content in order to replay it within Hitman 3.

For Hitman 1, the Epic Games Store has already given away free copies of Hitman 1. Within Hitman 3's first 10 days of availability, all purchasers of Hitman 3 will be given the game's Hitman 1 GOTY Access Pass for free. This will give early Hitman 3 players free access to Hitman 1's content. Sadly, the same cannot be said for Hitman 2.

On PC, Hitman 2 is not available through the Epic Games Store, and for the first 14 days after Hitman 3;s launch, Hitman 2's access pass DLC for Hitman 3 will have an 80% discount. That said, this will force Hitman 2's PC players to repurchase Hitman 2's content. This would not have been the case had IO Interactive decided to release the game on Steam or had created a method to give away their access Pass for free to Hitman 2's owners on Steam.

Hitman 2's PC purchasers are getting treated like second class citizens, being the only gamers that will need to repurchase Hitman 2's content to replay it on their chosen platform. IO Interactive says that "We’ve done everything possible to make this process smooth and player-friendly", but what they have done won't be enough to please all PC gamers.

You can join the discussion on IO Interactive forcing PC gamers to rebuy Hitman 2's content on the OC3D Forums. 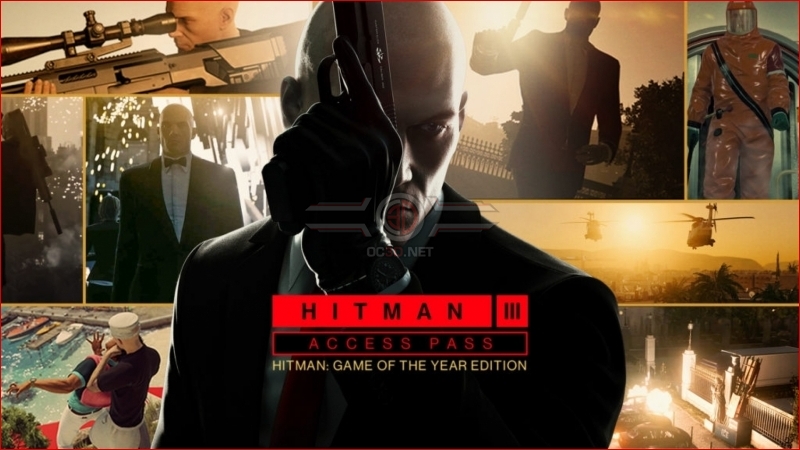 Greenback
They didn't force me to buy 2 again, they stopped me buying 2 copies of 3 as my son plays them and I'm not buying h2 4 times so I'll just wait for steam and a sale at this pointQuote

Dicehunter
Considering IO will lose out on a hell of a lot of sale, Epic must've given them a big pay cheque for 1 years exclusivity.


I'll get this on Steam on sale in 2 years time.Quote

ImprovizoR
Quote:
I am going to continue repeating this until everyone eventually gets it:


The vast majority of them anyway. They have no impulse control and no sense of anything that goes beyond "ooh, shiny! Must have it". This is why pre-orders, DLC's, Season Passes, Exclusive crap etc. still exist and why they're profitable.


This will do nothing to IO or Hitman other than make them a whole lot of money. Every major studio is aware of how dumb an average gamer is and how likely gamers are to spend money on worthless crap.


We have broken AAA games selling millions of copies with a promise that they will get fixed in the future. We have Early Access titles that never seem to go beyond Early Access. Just look at StarCitizen for crying out loud, the greatest scam in video game history.Quote

tgrech
This article is a tiny bit out of date now, the dev team at Epic are looking into ways with which users can register their Steam games to activate the DLC on Epic, it's more of a technical issue rather than an active marketing decision either way.

I never bought Hitman 1/2, but I got Hitman 1 for free with Epic and loved it so I'll definitely be buying 3 + the 2 DLC, and think a lot of people are in the same boat on that one.Quote
Reply