Can you run it? - Total War Warhammer III

On February 17th, Total War Warhammer III will be launching on PC, completing the Total War Warhammer Trilogy by pushing the series into the boarder regions and into the realms of chaos. Here, the game will be focusing on the Kingdom of Kislev, the Empire of Grand Cathay, and the daemonic hordes of Chaos.

In a post-launch update, the content of Total War Warhammer I, II and III are set to be merged together to create a Mortal Empires campaign like no other, creating a world map for Warhammer Fantasy so that players will be able to play the largest Total War map ever made.

You can join the discussion on Total War Warhammer III on the OC3D Forums. 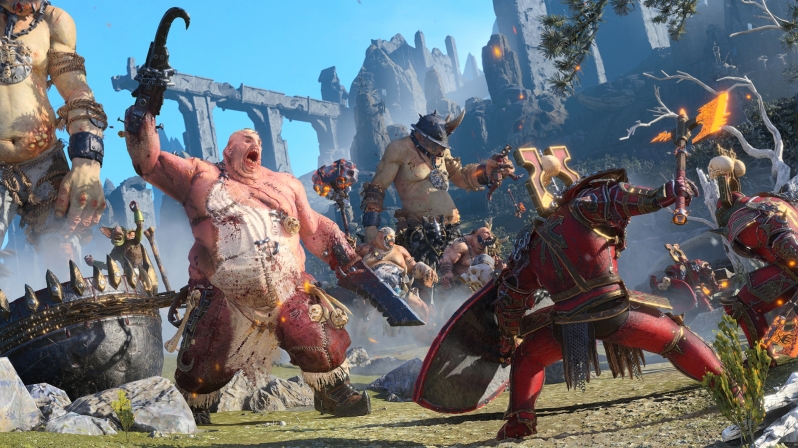 They have had roughly 6 years of dx12 "beta" in Warhammer. There's no excuse for it to not have been updated. Adding all this extra content to an already heavily CPU bound game is just not going to work well.

The newer features of VRS and Mesh Shading could significantly improve performance. Upscaling tech could be useful as well, though thousands of units on screen moving at random paces, directions, clumped,.etc it may be difficult to make it work correctly.Quote

Dicehunter
Quote:
I'm curious if they could've added Vulkan as an option as from what I have seen nearly every single game that implements it gets a pretty nice performance uplift with it especially in CPU bound situations.Quote

NeverBackDown
Yes it could have been a better solution. They release the games on MacOS and Linux, so if they used Vulkan it would end up being cheaper for them and a quicker turn around to launching on those platforms. They use Feral Interactive to do those platforms but Feral just uses Vulkan now to switch (or did they might use Metal for Apple).Quote

Anon
They should really have implemented a proper DX12 solution by now. They probably don't care since people will buy the game regardless, but it would make the game more accessible, improve performance, and improve the QoL...Quote
Reply