It's finally official - Returnal is coming to PC

Another first party PlayStation game is coming to PC

Returnal is "coming soon" to PC

At The Game Awards, Sony confirmed that Housemarque's Returnal is "coming soon" to PC. Returnal is a 3rd person roguelike game that launched on PlayStation 5 in 2021, winning several end-of-year game awards from multiple organisations.

Returnal is a game that follows a character called Selene Vassos, an astronaut who landed on the planet Atropos in search of the mysterious "White Shadow" signal. When searching for this signal, Selene gets trapped inside a time-loop, and players must use her armour and high-tech weaponry to escape the loop. 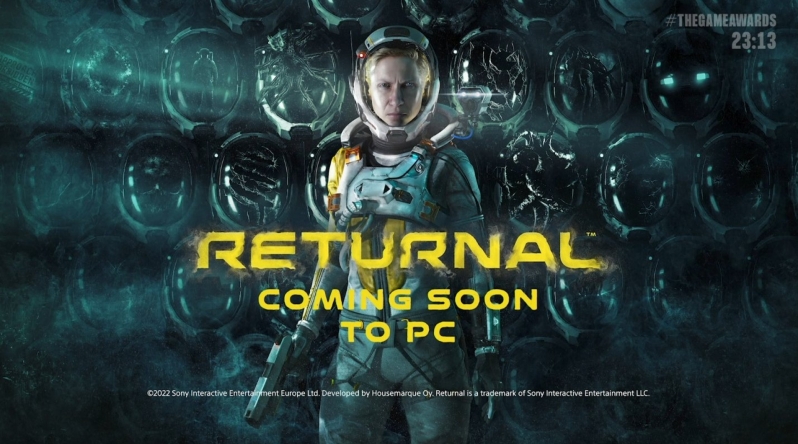 Like Sony's other first-party PlayStation-to-PC titles, Returnal is likely to arrive on PC through both Steam and the Epic Games Store. Currently, Returnal has not been listed on either Steam or the Epic Games Store, and the game has not confirmed release date for the PC platform. PC system requirements are also unavailable for Returnal at this time.

You can join the discussion on Returnal's upcoming PC version on the OC3D Forums.