It's official, Bethesda is now part of Xbox and some games will be Xbox/PC exclusive

More Bethesda games are coming to Game Pass this week

It's official, Bethesda is now part of Xbox, and some games will be Xbox/PC exclusive

In the future, Microsoft also plans to create "some new titles" that are "exclusive to Xbox and PC players", locking away some of Bethesda's future titles from the PlayStation and Nintendo gaming ecosystems.

In Microsoft's blog post on the acquisition, Microsoft has not formally called Bethesda part of Xbox Game Studios. Xbox has stated that they feel that it is "vitally important that Bethesda continues making games the way it always has." It looks like Bethesda will act as a separate entity from Xbox Games Studios, acting independently but with a common vision.

Rumour has it that Microsoft is planning an event where they will discuss the future of Bethesda in more detail and show off some of the company's upcoming games. Now that the acquisition is complete, Microsoft can now exert its influence on Bethesda and start working on a joint future.

This is an exciting day for Xbox. Today we officially complete the acquisition of ZeniMax Media, parent company of Bethesda Softworks. It’s an honor to welcome the eight incredibly talented development studios – Bethesda Game Studios, id Software, ZeniMax Online Studios, Arkane, MachineGames, Tango Gameworks, Alpha Dog, and Roundhouse Studios – and their passionate global communities to the Xbox family. Now that everything is official, we can begin working together to deliver more great games to everyone. At every step building toward this moment, I’ve been inspired and motivated by the creativity, insight, and community-first approach of the talented people at Bethesda. Our goal is to give these teams the best foundation for doing their greatest work and to learn from them as we continue to build Xbox into an inclusive platform for all players.

This is the next step in building an industry-leading first party studios team, a commitment we have to our Xbox community. With the addition of the Bethesda creative teams, gamers should know that Xbox consoles, PC, and Game Pass will be the best place to experience new Bethesda games, including some new titles in the future that will be exclusive to Xbox and PC players. 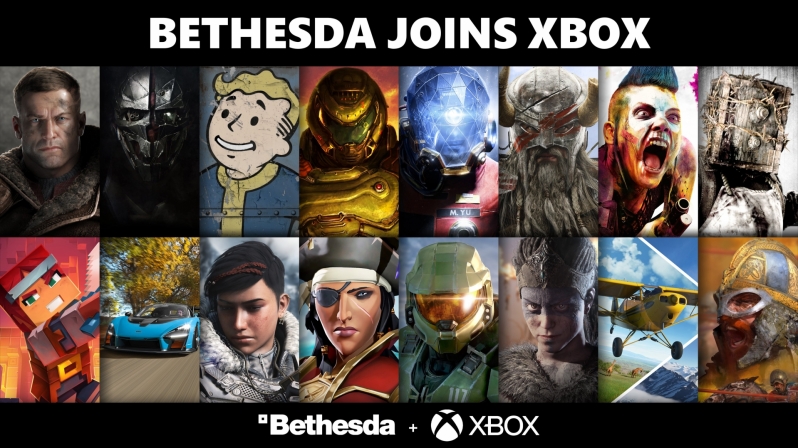 This acquisition brings nine developers under the Xbox banner alongside franchises such as The Elder Scrolls, Fallout, Wolfenstein, DOOM, Dishonored, Prey, Quake, Starfield and more into Microsoft's wheelhouse. In short, this acquisition will have a huge impact on the console gaming landscape, giving Microsoft a vast library of IP to play with.

You can join the discussion on Bethesda becoming part of Xbox on the OC3D Forums.