While the MicroSDXC standard has supported cards with 2TB capacities for over a decade, no manufacturers have been able to successfully produce a working 2TB MicroSD card until now. Simply put, the compact size of MicroSD cards have made the creation of 2TB cards problematic, requiring a lot of innovation to make Kioxia's new 2TB prototypes possible.

Kioxia plans to mass produce their 2TB MicroSDXC memory cards next year. Sadly, this means that consumers will need to wait a while before Kioxia's ultra high capacity SD cards become available to customers.

Below is Kioxia's Press Release for their 2TB Exceria Plus MicroSD card prototypes. 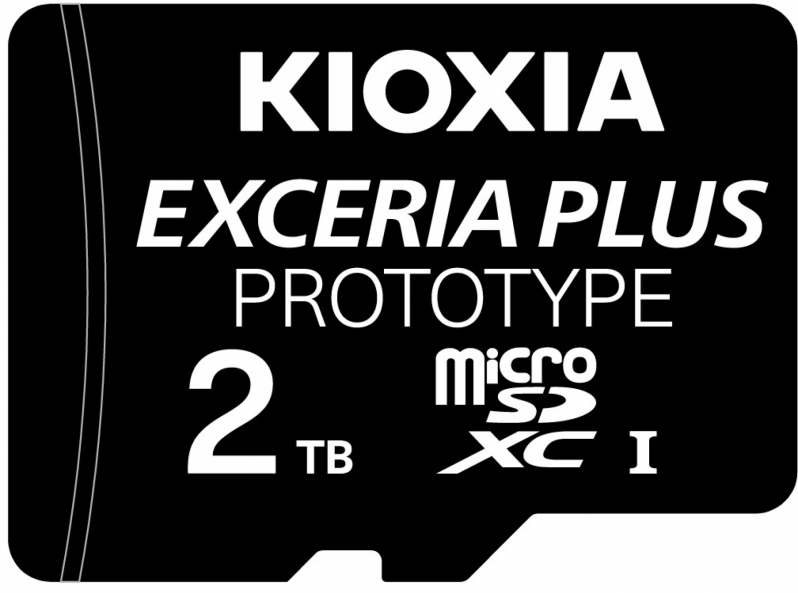 As the data recording capacity of smartphones, action cameras, and portable game consoles continues to increase, the need for ultra-high capacity SD memory cards to store all of this data has never been higher. The SD Association's SDXC specification has supported memory cards up to 2 TB for more than a decade—but 2 TB cards have not been successfully manufactured until now.

Mass production of the KIOXIA 2 TB microSDXC memory cards is scheduled to begin in 2023.

You can join the discussion on Kioxia's plans to launch a 2TB MicroSD card on the OC3D Forums.

Warchild
I'm still amazed that we see 2TB storage in such small devices.Quote

NeverBackDown
I'm amazed that someone would wait forever to write to these...this slow form factor to forever to fillQuote
Reply