Labour's Deputy Leader, Tom Watson, has aimed at the UK's gambling legislation, referring to it as "analogue legislation not fit for the digital age", hoping to crack down on online gambling by placing stricter limits, limits which could also apply to video games.

The UK's gambling regulations currently centers around the 2005 Gambling Act, which was written in a time when online gambling was not as common. This legislation references postal services more than the internet, showcasing how woefully inadequate the laws are when it comes to online gambling.

Watson, who claims to be a gamer, has also mentioned fears that paid for items and chance-based microtransactions, also known as loot boxes, may act as a "gateway" to a future betting addiction. Critics of loot boxes have often called the in-game purchases "gambling by another name", as real-world money can be used to purchase luck-based rewards.

Below is a comment from Tom Watson, who believes that in-game features such as loot boxes and skin betting need to be monitored. Back in 2017, two former YouTubers, Craig Douglas and Dylan Rigby, were fined for creating an online lottery and advertising unlawful gambling. These YouTubers operated a gambling website called FUT Galaxy which used FIFA coins as a black market currency.

I don’t want gaming to become the gateway to gambling. It does seem to me that this might end up with the Gambling Commission. 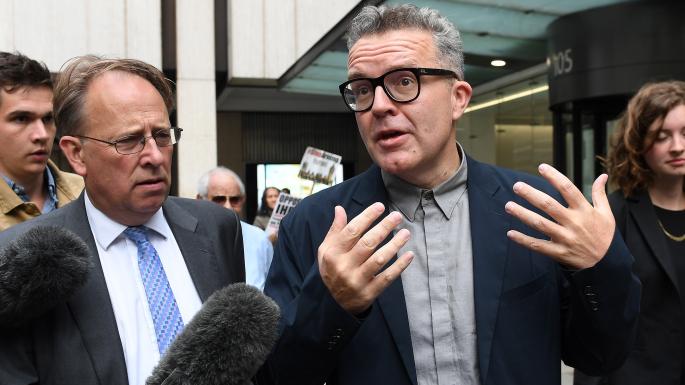 Watson believes that stricter regulations need to be applied to online gambling websites and that more care needs to be taken to prevent children from being turned into problem gamblers through the influence of video games. In recent years the line between online gaming and gambling has been blurred, with the prevalence of loot boxes and other chance-based elements.

As it stands, the UK's Gambling Commission is not responsible for in-game skins and loot boxes, though they can intervene if they believe the practice falls within areas covered by the Gambling Act. This is why Labour's comments regarding the internet/online readiness of the Gambling Act are important.

In late 2018 the UK's Parliament launched their "addictive technologies inquiry", which covers "links between gaming and gambling" amongst other topics.

You can join the discussion on Tom Watson's comments on in-game gambling and the UK's Gambling legislation on the OC3D Forums.

Greenback
In layman's language we could put more taxes on thisQuote

Warchild
Quote:
I welcome the tax. Would you rather they target this growing gaming community, or continue to cut funding in your schools and communities.

Its an untapped market which can be exploited to actually get funds for areas that need it. Providing they have this kind of mentality.Quote

grec
UK gambling tax isn't on the consumer anyway, it's on the gambling organisation, which in the case of loot boxes would be the game publishers(All gambling winnings are tax free), so yeah not sure why that would be opposed in any measure given only massive gaming companies really have reason do this big loot box economy stuff (But that's not really what this seems to be in any sense given taxation is only a small tool of regulation like this which is primarily intended to protect children & vulnerable people).Quote

demonking
Quote:
Current gambling law has too much distinction on the "place" where the licenced activity is taking place. so for instance a bookies, or a specific website and companies have to dictate how they will uphold the law in each "place" the activity is taking place. So William hill can gamble on anything they want (within legal confines) in there shops or website. If we take a game for example, im going to reference CSGO here as its the only one I am familiar with for this specific reference. assuming we now class opening loot crates as gambling, you crates and keys on the steam market (or win the crate in a game) but you open this crate in the game. This contradicts U.K gambling law as you cannot sell the gambling service in a different "place" to the act of gambling (Fixed odd betting, chance gaming like lotteries). Even if this was legal somehow, Valve would have to licence both the market place and the game and in order to get these they would need to prove how they would uphold the objectives of the licence. Simply stamping a game with an 18 label is not enough, they would need to prove how they are enforcing this. So for example a night club could say they are preventing children from harm but not allowing them access, or verifying, in person, the age of those attempting to purchase licensable products something valve cannot do. They allow anyone over the age of 13 (according to their own policy though we all know how many kids younger than this have steam accounts, YouTube anyone?) which means they would not be allowed to gamble on the market. Then there is an in game transaction, valve would have to actively police and report on all circumstances where a minor may have come into contact with the licensable activity or risked being able to purchase said items, on a free to play game where if they did ban a kid from the inventory transactions they would have a new account within minutes. U.K gambling law in its current state would not be fit for purpose for in game gambling.
Plus there is no loophole for tax on gambling for businesses so there is that. You can't tax a company without a loophole, golden rule of democracy. Avoid your tax as an individual, go to prison, do it as a business you'll get a wagged finger from someone somewhere. Look at Amazon, 11bn in profit and they got a tax rebate and didn't pay a penny in tax. If you or I did that well we'd be sitting in a prison cell for a lot longer than people who commit serious and vile crimes. what a joke.Quote
Reply