It looks like Death Stranding, Hitman 3, and The Riftbreaker are getting support for XeSS

Intel's XeSS (Xe Super Sampling) AI upscaling technology is one of the most interest innovations to come out of Intel's planned move into the discrete GPU market. With it, Intel plans to challenge Nvidia's DLSS technology while also supporting competing hardware from their rivals at team Radeon and Geforce. While Intel's ARC series GPUs will be able to run XeSS in its most optimised state, all PC gamers with modern graphics cards should benefit from the technology.

In a leak PR document obtained by Videocardz, it has been revealed that Intel is working with 505 Games, Codemasters, EXOR Studios, Fishlabs, Hashbane, IO Interactive, Kojima Productions, Techland, PUBG Studio, Ubisoft, and others to bring XeSS into new PC games. This is good news for Intel and PC gamers alike, assuming that XeSS delivers the visual results that we expect. 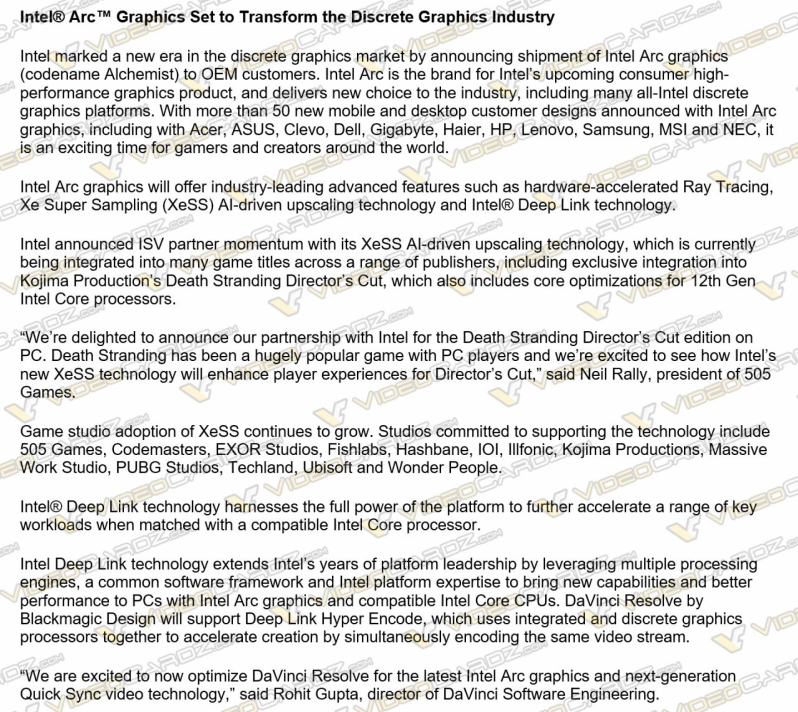 Death Stranding was a major marketing title for Nvidia when it launched in 2020, arriving with support for DLSS 2.0. XeSS should allow more gamers to benefit from AI upscaling than Nvidia's DLSS technology, though it is possible that the game will support both AI upsampling technologies.

You can join the discussion on Intel's XeSS technology on the OC3D Forums. 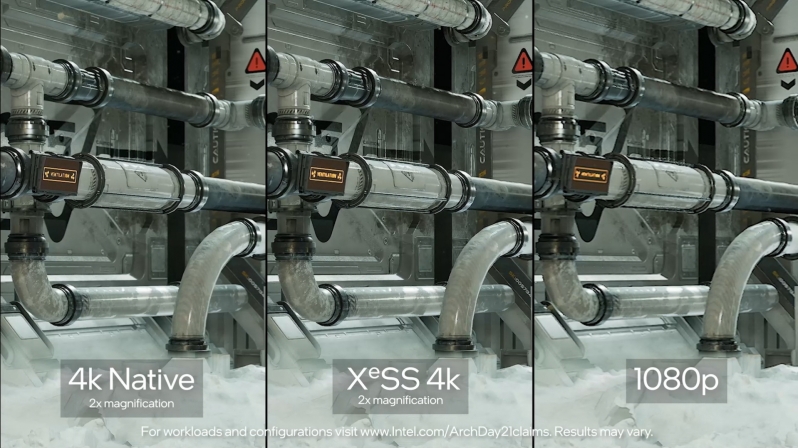 AlienALX
You know what. Every day this becomes less of a 20 year old joke and more exciting !Quote

NeverBackDown
Can't really tell a difference which means it's not the impressive.. there should in theory be 4x the pixels yet to me they look identical. Mine as well just be 1080p with more frames at that rate.

Using my phone to view so 1440p screen so smaller pixels that could be my issue. Larger screen would exaggerate the differences.Quote
Reply