Mafia is currently free to own on Steam

Now is a great time to replay this criminal classic

Work has started on a new Mafia game, and to celebrate the original is now free on Steam

2K Games has confirmed that work has started on a new Mafia game, an all-new project that will bring the the new 20 year old series to current generation PCs and consoles.

To celebrate the series' 20th anniversary and the reveal of a new Mafia game project, 2K has made Mafia (Classic) available for free on PC through Steam. This will allow players to see the original game as it appeared in 2002. The game will be available for free until September 5th, and until September 8th, all other Mafia series games will be available with discounted pricing on Steam.

PC gamers can redeem their free copy of Mafia on Steam here. Those who would prefer to play the game with modern visuals can currently purchase Mafia: Definitive Edition for £12.24 on Steam, a 65% discount from the game's £34.99 standard price. 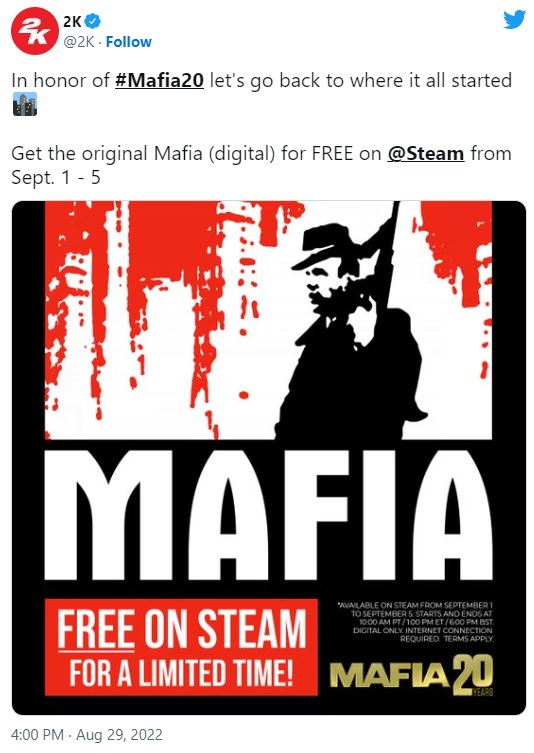 You can join the discussion on Mafia being available for free on Steam on the OC3D Forums.