Supraland is the Epic Games Store's next free game

For the next seven days, Maneater will be available for free on PC through the Epic Games Store, arriving as the storefront's final "Mystery Game" of their MEGA game sale.

Maneater is a action role-playing game from Tripwire Interactive that allows players to assume the control of a bull shark who must evolve and survive within an open-world environment. Over time, your shark will evolve to eventually become a "mega shark", with players unlocking various mutations/upgrades to customise your shark to become the deadliest predator in the sea.

Maneater originally launched in 2020, making the game a relatively new release. Below is how Tripwire Interactive describes the game on the Epic Games Store.

Starting as a small shark pup you are tasked with surviving the harsh world while eating your way up the ecosystem. To do this you will explore a large and varied open world encountering diverse enemies - both human and wildlife. Find the right resources and you can grow and evolve far beyond what nature intended, allowing the player to become a massive shark, an apex predator of legends. Eat. Explore. Evolve. 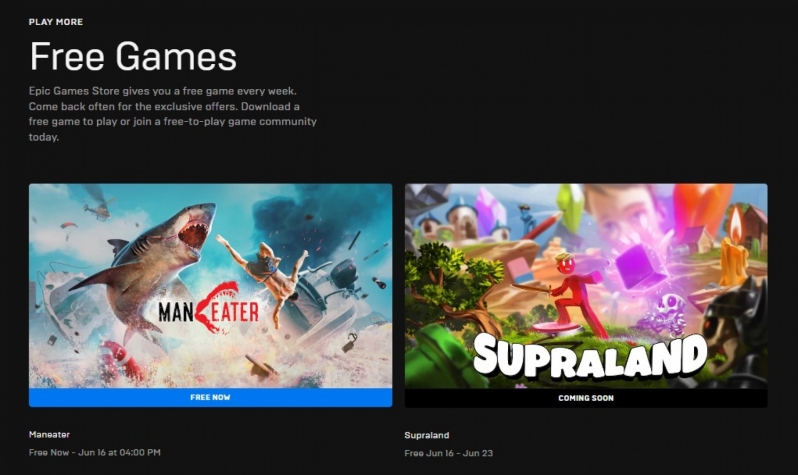 You can join the discussion on Maneater becoming available for free on the Epic Games Store on the OC3D Forums.

demonking
Thank you very much, looks like it could be a few hours of fun for freeQuote

dazbobaby
It's actually a damn good game, a little long, but well worth the entry fee.Quote
Reply