Work on the game's next PC patch has already started

Nixxes has just released their first PC patch for Spider-Man Remastered, fixing visual issues with the game's HBAO+ implementations, visual improvements to DLSS. and fixes for a lot of other minor issues.

Below are the full release notes for Spider-Man Remastered's PC version.

- Fixed various ray-tracing related crashes.
- Improved Windows version check, to prevent false positives.
- Visual improvements to HBAO+.
- Fixed the issue where ray-traced reflections in stainless steel were rendered distorted.
- Various visual improvements to NVIDIA DLSS.
- Fixed an issue that could freeze the game if the player would switch between graphics presets during cut-scenes.
- Fixed an issue where the Side Mission popups would be stretched when playing in a widescreen resolution.
- Improvements related to stability issues when using Alt-Tab.
- Fixed various visual glitches. 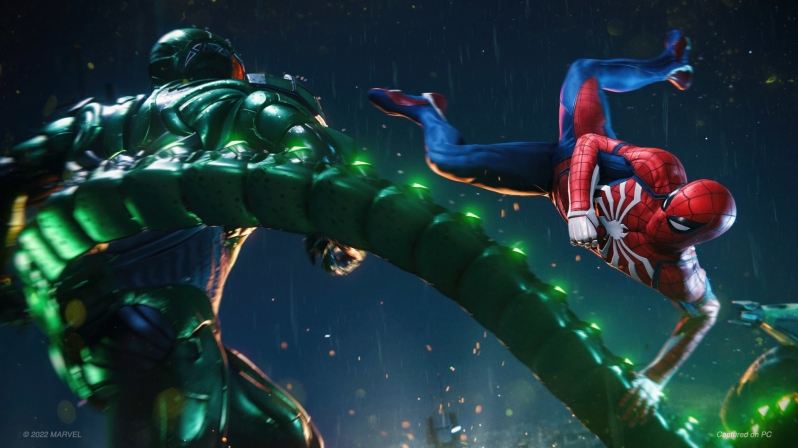 PC gamers can expect their installs of Spider-Man Remastered to update the next time to open their Steam or Epic Games Store clients (whichever storefront your purchased the game).

- Ray-tracing options may be unavailable in the menu, even with compatible hardware.

- Ray-tracing is disabled when hardware or drivers are not compatible, or when the DirectX 12 Agility SDK is not functional. We have seen some reports of users that indicate this SDK is not working for them. We are investigating this issue.

- Some players cannot progress during the Spider-Hack Mission.

- This is a frame rate related bug that only occurs when well above 60 FPS. While we work on a fix, we have a workaround in place. Restart the latest checkpoint, go to the Graphics Menu, set the game to Exclusive Fullscreen and the Refresh Rate to 60Hz. You should now be able to progress. Afterwards you can switch back to your preferred settings.

- Some players cannot take a picture of the Empire State Building.

- Some players have reported being unable to take a photo of the Empire State Building, blocking progression. So far, we have only been able to reproduce this on Intel GPUs. Intel is investigating this issue.

You can join the discussion on Marvel's Spider-Man Remastered receiving its first PC patch on the OC3D Forums.