PlayStation Studios has confirmed that the Pre-Order pricing of Marvel's Spider-Man Remastered was listed incorrectly in several markets, including the UK, Australia, Israel, New Zealand, Norway, Poland, and Switzerland. In the UK, Spider-Man's new PC price is £49.99, which is £5 lower than the game's original £54.99 price on Steam.

Those who have already pre-ordered Spider-Man Remastered on Steam will need to cancel their pre-order of the game and re-purchase the game to take advance of Spider-Man's now lowered lowered PC pricing. Pre-orderers of the game will not receive an automatic refund, which means that some effort will be required to ensure they pay as little as possible for the game on Steam. 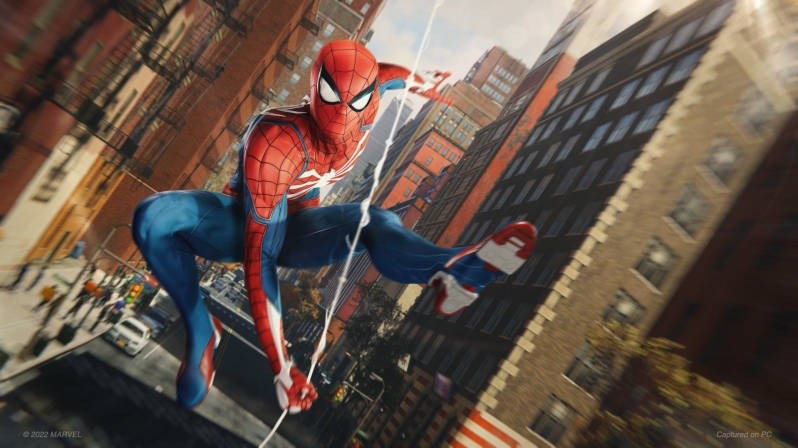 Spider-Man Remastered is launching on PC on August 12th. Below are the game's official PC system requirements. 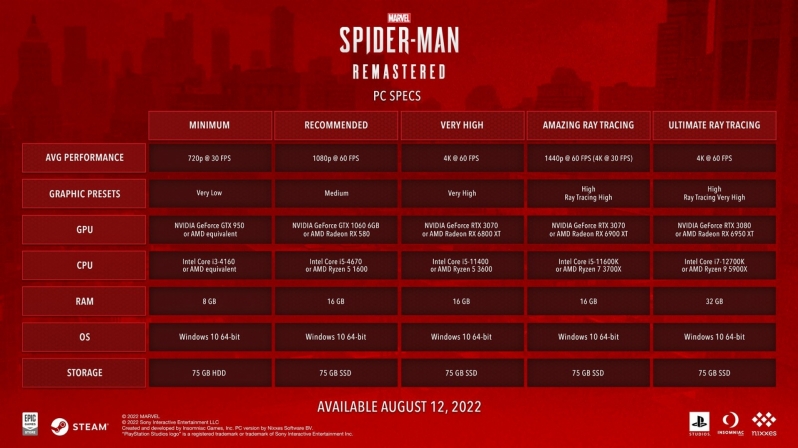 You can join the discussion on Marvel's Spider-Man Remastered's adjusted PC pricing on the OC3D Forums.