Mass Effect: Legendary Edition will have a Classic Mako Controls Options for Originalists

The controls were terrible, but they are part of the Authentic Mako experience

Mass Effect: Legendary Edition will have a Classic Mako Controls Options for Originalists

Yes, the Mako's controls from Mass Effect were terrible, but they are part of the original game's charm, giving the vehicle a driving experience unlike anything else. That's why some Mass Effect fans are unhappy with Bioware's changes to the Mako in Mass Effect Legendary Edition and why Bioware has divided to include a classic Mako controls option for Mass Effect purists.

When speaking to PC Gamer, Bioware's Kevin Meek confirmed that the Mako's original control options are available "for those people out there who do like pain". This option will allow gamers to try out both Mako control schemes and use the one that they prefer. This is the only option that allows Bioware to please the original Mako's fans and its haters.

In Mass Effect: Legendary Edition, the game's Mako vehicle will receive weightier physics, a boost function, faster shield recharges and the ability to touch lava without an immediate "Game Over". The game's turret aiming controls have also be altered to increase the vehicle's accuracy, simplifying vehicle combat.

Earlier this week, EA also confirmed Mass Effect: Legendary Edition's performance targets on consoles and PC, confirming that the game can run up to 120 FPS on Xbox Series X and up to 240 FPS on PC. Alongside Mass Effect: Legendary Edition's graphical improvements, the game also features support higher framerates on the latest PC/console hardware. 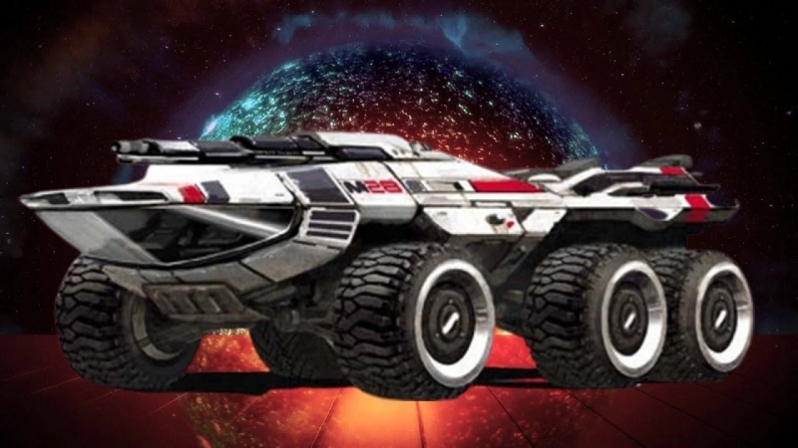 Mass Effect Legendary Edition will be available for PS4, Xbox One and PC on May 14th. PlayStation 5 and Xbox Series X/S will be supported via backwards compatibility, offering gamers unique framerate/resolution targets and no additional enhancements.

You can join the discussion on Mass Effect Legendary Edition featuring a classic Mako control option on the OC3D Forums.

Dark NighT
Excellent, yeah it was a little bit tedious but it had a lot of character if you got it right, especially the way it handles driving, boosting up and landing.Quote
Reply