Metro Exodus can be pre-loaded on Steam, but not the Epic Store

The Epic Games Store is behind Steam in terms of functionality

Metro Exodus can be pre-loaded on Steam, but not the Epic Store

While we have enjoyed our time with Metro Exodus so far (Performance Review here), we cannot deny that the Epic Games Store has become a major sticking point for the title in the eyes of many PC gamers.

Yes, while the storefront may have many benefits when it comes to developer revenues, it is hard to deny that Steam has miles ahead in terms of its included features. The launch of Metro Exodus is a prime example of this, offering pre-load support on Steam while lacking the same function on Epic's platform. Yes, the storefront where you cannot by the game anymore is offering pre-loads. Madness!

The ability to pre-download a game before its launch has been a huge perk for PC gamers, allowing them to download their game and be prepared for launch day well in advance. This feature is so common for PC gamers that most of us take the element for granted, making Epic Games' lack of the function a major downside.

For context, our pre-release copy of Metro Exodus came from the Epic Games Store, so we know that the game is already available for download. This isn't a matter of not having the files prepared; Epic just can't let these files be pre-loaded without giving players the ability to run the game. At least that's how we see it. 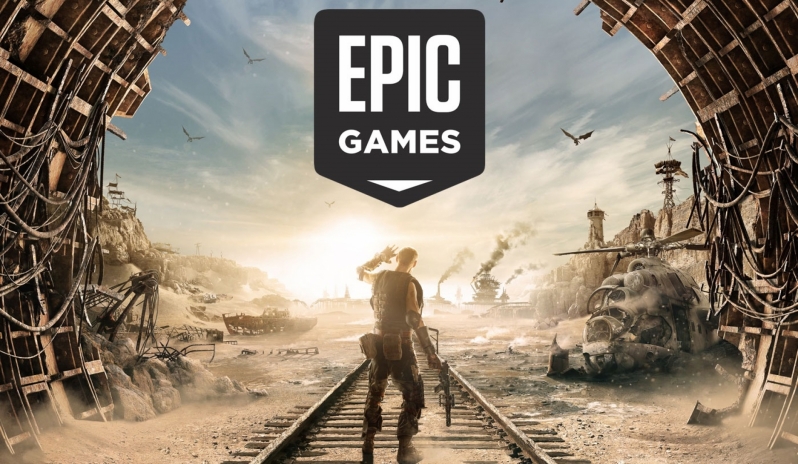 While Epic's Gaming Platform has its upsides, their storefront needs some significant upgrades before it can become a true competitor to Steam.

You can join the discussion on the Epic Games Store lacking support for Metro pre-loads on the OC3D Forums.

Warchild
Not liking this article.

Ubisoft stated they like the direction Epic games are taking


Quote:
But these articles are just feeding fuel to the fire of all the angry little ragers who only see Steam as the "be all" solution.

I'd expect people quoting you out of context now on the comments pages of steam.

Quote:
That could be a bold statement if untrue but you can see how people will remove your final comment to make it fit their arguement.Quote

Darkdayzzz
Quote:
And here I sit, looking at Steam and thinking "Meh? could be better looking and overall its got a lot of bloat to it". Long as I can launch my games and they run as intended I don't care what launcher I use haha. Oh I have to install Epic or Origin or whatever that's fine. I've got 2TB of HDD I'm not using they can go on there.

Steam as a "be all" solution....yeah no. It's not that good at what it does; not anymore with all the other launchers out there.Quote

grec
EDIT: ^^^^^Yeah that
Yeah it's also worth noting that big features are getting added every couple of weeks with a fairly aggressive roadmap leading up to the store fully opening up to developers in mid-2019, adding a lot the more game focussed stuff. I think they're making an active choice to still keep it light and particularly the UI uncluttered though so I doubt there's plans to add many of the social/community/marketplace interaction features of Steam or lesser used features (Personally there's a lot of stuff on Steam; cards, badges, gems or whatever that I don't understand or get the value of at all, I'm sure some do though but the featureset in that aspect can seem crazy excessive for a storefront/launcher, more of a community thing, both are quite viable design philosophys)Quote

Peace Đ
Quote:
What do the other launchers do better than Steam?

To me, Steam is the "be all" solution and nothing else is/was needed. Steam itself wasn't needed at all, as well, though.
The new idea of a centralized hub for all your installed games and friends as well as the addition of achievements is now not centralized anymore... Especially the achievements are what keeps my love for Steam.

Imho, currently there's nothing better than Steam, seen from a user's perspective, that is. Uplay has a VERY slow UI, that doesn't properly track its own ingame challenges, Origin has an annoying overlay that can cause massive performance issues and shows game invites, although I turned the overlay off entirely. Epic's Store feels as bad as the Blizzard-AppQuote

Warchild
Quote:
That is exactly my point. Too many people think Steam is the only solution for all games. There are so many better launchers now. Yet they review bomb metro because its coming to Epic first.

Its childish beyond reason.


Quote:
Steam is one of the worst of this day and age. Its archaic. Bloated beyond compare, buggy as hell for VR. Trading cards? wtf is the point of that. If thats a big thing for you, get your head checked. Achievements? who cares about epeen nonsense like that, it also has a poor layout. Actually.. not going into this debate. Its bad plain and simple.

Uplay is faster that Steam for me so not sure how you say its slow. Steam overlay actually causes me more crashes in SLI to the point I had disabled it. NEver saw the point of the overlay anyway unless its to check those important achievements that waste so much time...Quote
Reply