High Dynamic Range screens and content can push gaming and films visuals to a whole new level, unlocking a wider range of colours, higher contrast levels and brighter highlights to deliver more lifelike visuals. Microsoft wants to bring HDR to more PC gamers, and that is why Xbox's Auto HDR feature is making its way to PC.

Auto HDR is currently in beta as a feature for DirectX 11 and DirectX 12 games, allowing HDR to become available on 1000+ new PC games. While Auto HDR will not have the same impact as a native HDR implementation, Auto HDR can still deliver a significant graphical boost to supported titles. The image below showcases a heatmap of the luminance of an HDR, Auto HDR and Native HDR within Gears 5's Hivebusters expansion.

As you can see, Auto HDR highlights many of the same areas as a native HDR implementation, providing gamers with an upgraded visual experience. However, it is worth noting that Auto HDR has a computational cost, which means that it will have a performance impact on games. That said, this performance impact should be minor, especially on newer graphics cards.

While some game studios develop for HDR gaming PCs by mastering their game natively for HDR, Auto HDR for PC will take DirectX 11 or DirectX 12 SDR-only games and intelligently expand the color/brightness range up to HDR. It's a seamless platform feature that will give you an amazing new gaming experience that takes full advantage of your HDR monitor's capabilities. The Auto in the title implies how easy it is for you to enable the feature; a simple settings toggle flip will let you turn the feature on and off.

Bringing Auto HDR to Windows 10 is a clear sign that Microsoft is taking PC gaming as seriously as Xbox/console gaming. Auto HDR is no longer console exclusive, and it will be interesting to see how PC users take advantage of this new feature.

To utilise Auto HDR, PC gamers will need an HDR-compatible monitor and a version of Windows 10 that's compatible with Auto HDR. This is Windows 10's Insider Program (Dev Channel) 21337 build, or any newer insider builds.

Moving forward, it will be interesting to see if any other Xbox exclusive features will be coming to PC. Official Xbox emulation would be a welcome feature for Windows PC gamers, though it is unknown how feasible such a feature would be on Windows 10. Other Xbox features like FPS Boost wouldn't work on PC as most PC games already offer unlocked framerates and can already utilise the performance of high-end PC hardware. 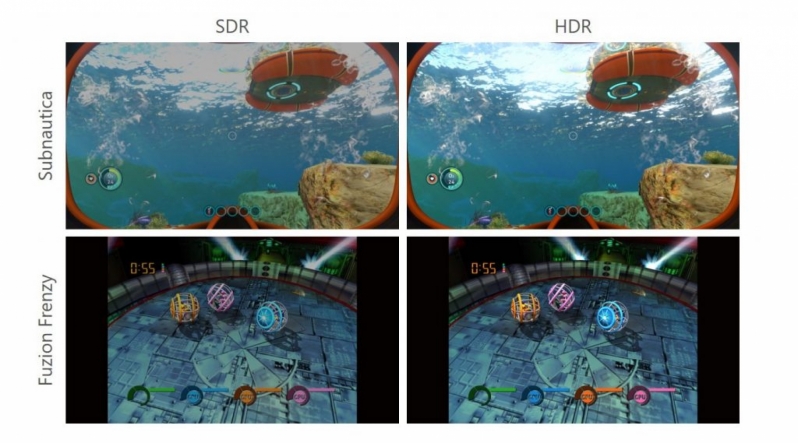 You can join the discussion on Microsoft's Auto HDR feature coming to PC on the OC3D Forums.