Microsoft confirms that Halo: Infinite is coming to Steam

The game appears to be a Windows 10 only release

Microsoft confirms that Halo: Infinite is coming to Steam

Halo Infinite has just gained a Steam page, confirming that the game will be coming to PC through Steam, the Microsoft Store and through Xbox Game Pass for PC.

With Microsoft describing Halo Infinite as a "platform for the future", many PC fans feared that the game would be tied exclusively to Xbox Game Pass, given the game's status as a hub for future Halo releases. Perhaps future interactions of Halo will release as DLC for Halo Infinite, acting in a similar way to the PC version of Halo: The Master Chief Collection.
On Steam, Halo: Infinite currently lacks a full set of PC system requirements, with Microsoft only listing Windows 10 as the game's OS requirement thus far. This means that Halo: Infinite may be incompatible with older Windows OS' though this could be due to Microsoft's plans for Halo Infinite to utilise the DirectX 12 Ultimate feature set in the future.

Halo Infinite will be split across three modes, offering gamers a campaign, multiplayer (with no Xbox Live Gold requirement for PC), and Forge modes. More information about these game modes is coming later this year.

Other notable inclusions for Halo: Infinite's Steam page is its listing of "Online Co-Op" as a feature. Like other Halo games, PC players of Halo Infinite should expect to be able to play with their friends co-operatively online. At this time it is unknown how many players will be able to enjoy Halo: Infinite in co-op when the game launches later this year.

Microsoft claims that PC and Xbox Series X players will be able to enjoy faster load times, 4K resolutions and 60 FPS framerates with the right hardware. At this time, Microsoft has not released detailed PC system requirements for Halo: Infinite. 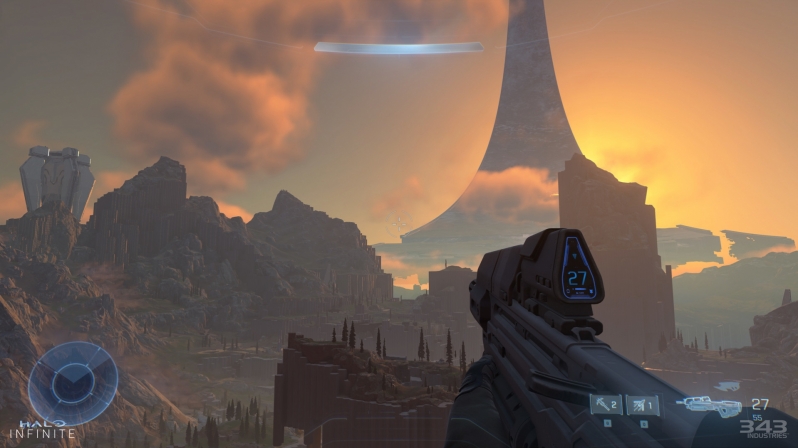 You can join the discussion on Halo Infinite being confirmed on Steam on the OC3D Forums.