Is your PC ready for Halo Infinite?

Thanks to Halo Infinite's cross-generation nature, Halo Infinite is an incredibly easy game to run on PC, with the game's minimum system requirements listing support for older mid-range graphics cards like AMD's RX 570 and Nvidia's GTX 1050 Ti. If you have a GPU with over 4GB of video memory less than five years old, it will likely support Halo Infinite. 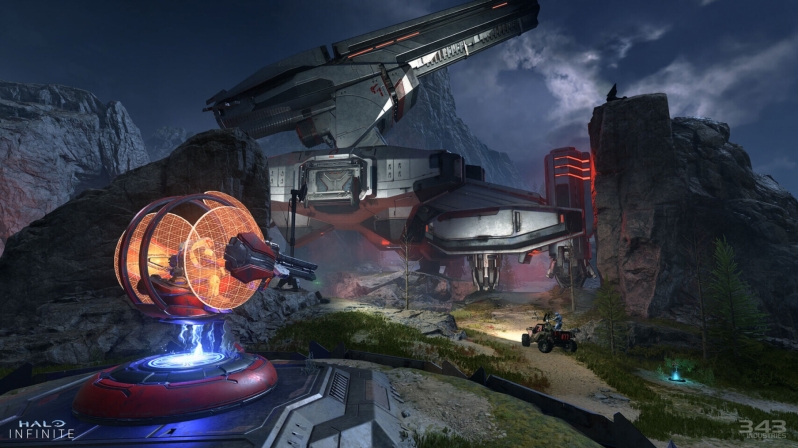 Halo Infinite's campaign mode will launch on December 8th, arriving on PC through Steam and Xbox Game Pass. After launch, 343 Industries plans to add campaign co-op to Halo Infinite and launch a new version of Forge for the game. More details about these post-launch support plans will become available soon.

On PC, Halo Infinite will be updated to support ray tracing as part of a planned post-launch update. Below are Halo Infinite's finalised PC system requirements. Halo Infinite is a DirectX 12 title that is designed to run on Windows 10 and newer OS'.

Unfortunately, Microsoft has not released their PC system requirements for Halo Infinite with resolution or framerate targets, limiting the usefulness of this list of system specifications. 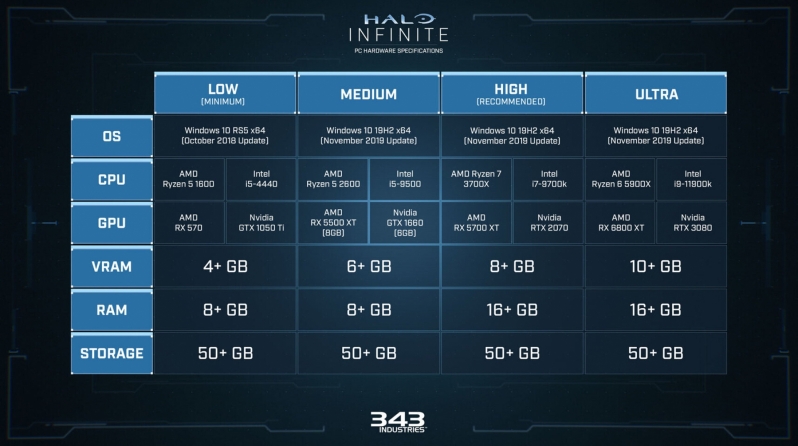 Halo Infinite will be released on December 8th, with the game's campaign mode being a paid title while the game's competitive multiplayer modes will be free to play.

On PC, Halo Infinite will be available on Steam, the Microsoft Store, and Xbox Game Pass for PC.

You can join the discussion on Halo Infinite's PC system requirements on the OC3D Forums.

m2geek
A little surprised the 5800X isn't the AMD requirement for the Ultra setting and the 5900X is.Quote