DirectX 12 support is a much-requested feature for Microsoft Flight Simulator, with many PC gamers seeing the upgrade as a potential performance booster for the ultra-demanding game. That said, MSFS GOTY's DirectX 12 support is in beta, which means that the mode is not in a finalised state. This means that some bugs may be present when using DirectX 12, and the game's performance may not be as high as DirectX 11 in some cases. We hope to test this update soon to look at the update's performance benefits and/or downsides.

In time, Asobo and Microsoft will optimise Microsoft Flight Simulator's DirectX 12 version and improve its performance profile. Today's beta access to the mode highlights that a lot of progress has been made to bring DirectX 12 support to the title, even if its current state is unfinalised.

Why Does DirectX 12 Matter?

Microsoft Flight Simulator (MSFS) is a taxing game on PC, especially with regards to CPU performance. The game's July 2021 update had delivered significant performance gains over prior versions, but the game remains difficult to run on most modern PC, even those with the latest CPU and GPU hardware.

MSFS's DirectX 12 update promises better CPU utilisation and will act as a backbone for future graphics updates for the game. DirectX 12 opens the door to DirectX 12 Ultimate graphics upgrades for Microsoft Flight Simulator, such as ray tracing support, VRS support and more. 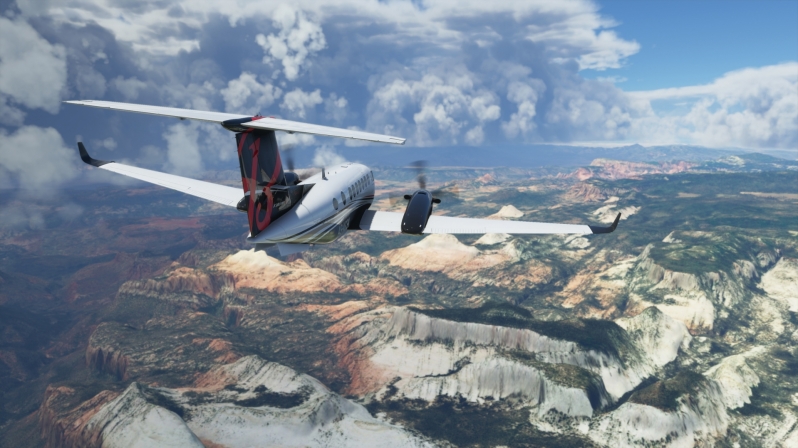 Alongside four other aircraft, Boeing's F/A-18 Super Hornet military Jet will be added to MSFS with the simulator's Game of the Year update. MSFS's Top Gun expansion is due to be released in Spring 2021 alongside the new Top Gun movie.

You can join the discussion on Microsoft Flight Simulator Game of the Year Edition and DX12 mode on the OC3D Forums.