Microsoft has announced that they will be giving Xbox users full refunds for Cyberpunk 2077 to all Xbox users who ask for them, provided they purchased the game digitally from the Microsoft Store. This will be the case "until further notice".

On last-generation consoles, Cyberpunk 2077 contains a huge number of bugs and severe performance issues. This has left many consumers disappointed in their purchases, especially those who are using older baseline Xbox One and PlayStation 4 units.

Large patches for Cyberpunk 2077 are expected within the next few months, patches which will hopefully address the game's bugs and performance issues. These large patches are expected to arrive in January and February 2021.

Cyberpunk 2077: To ensure that every player can get the experience they expect on Xbox, we will be expanding our existing refund policy to offer full refunds to anyone who purchased Cyberpunk 2077 digitally from the Microsoft Store, until further notice.

While we know the developers at CD PROJEKT RED have worked hard to ship Cyberpunk 2077 in extremely challenging circumstances, we also realize that some players have been unhappy with the current experience on older consoles.

To date, we have granted refunds to the vast majority of customers who have requested one. To request an Xbox refund for Cyberpunk 2077, please follow the steps listed on our Xbox refund page here: https://msft.it/6010pXEHj 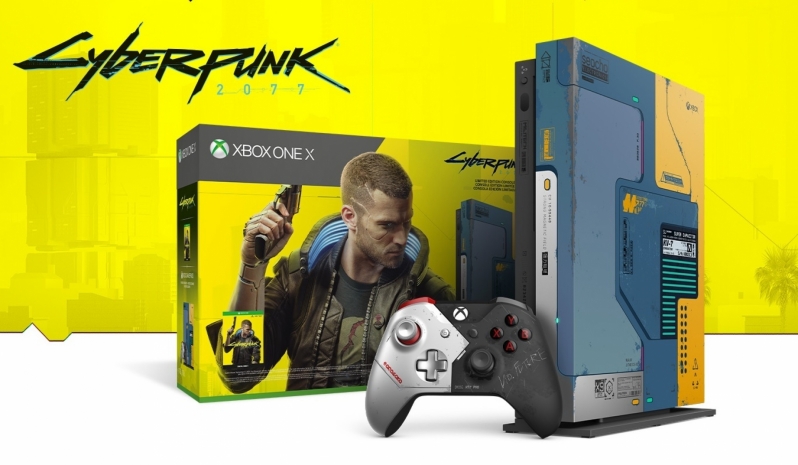 You can join the discussion on Microsoft offering Cyberpunk 2077 refunds to Xbox users on the OC3D Forums.

AngryGoldfish
I feel sorry for Projekt Red. It seems that the scope of the game was just too large to complete properly. It's like they bit off more than they could chew. With its many delays and its already immense build time, maybe Cyberpunk should have been cut back a little. Obviously it's going to improve, and maybe one day it'll be an amazing experience. But even after such a lengthy time development it's still unfinished. That says a lot.Quote

NeverBackDown
They are only doing this because of Sony. They weren't even offering refunds to people who downloaded the game. Pretty sad.


The game itself is probably fine. They just needed more time. This is the issue every studio faces when we just keep constantly adding more and more platforms to every launch. That's exactly why CDPR admitted they focused more on next gen consoles than current gen. Despite the game not even being improved for next gen outside of graphic options getting bumped.Quote

AlienALX
Quote:
TBH? they should not have ever released this game on Xbox and PS4 vanilla. They simply don't have what it takes to run the game. People have compared the graphics to the XB 360, and at worst the N64. It's so low res and fuzzy it's not even funny.

Now see, I would usually be quite empathic about it, but, they kinda made that rod for their own back by not showing *any* console footage of the game before launch. Which was terribly dishonest, IMO.

They should have either shown it, or, not released it on the older consoles at all. It's OK on the X and Pro apparently (and of course the new ones) but the old ones look like hot garbage. Apparently some of it is being rendered at 360p.

It just takes me back to the old days where I would take an hour bus ride to get a ZX Spectrum game, only to find there was only C64 screen shots on it and what you got was basically bat and ball. They used to pull that crap then, too.Quote

It definitely seems like the worst of it comes from previous gen consoles. But how long can you spend making a game before it becomes ridiculous? That's what I was thinking in my earlier post. How long before you realise that you've bitten off more than you can chew?Quote

...makes me think the issues were not just related to needing a couple of extra months to fix small bugs. The game seems fundamentally challenged.Quote
Reply