Phil Spencer has promised to keep Call of Duty on PlayStation

Xbox has no plans to make Call of Duty Xbox exclusive

For those who are unaware, Microsoft is trying to acquire Activision Blizzard, and their deal with the company is facing immense scrutiny. Simply put, the merger of Xbox and Activision Blizzard is massive, with the deal costing Microsoft $68 billion, and regulators are concerned that the deal would give Microsoft an unfair advantage over its rivals. In response, Microsoft has repeatedly claimed that Call of Duty games would continue releasing on PlayStation for the foreseeable future. Now, Microsoft has upped these claims.

Today, Microsoft's plans for Call of Duty are simple. They want Call of Duty to be like Minecraft, a Microsoft owned franchise that is not exclusive to Microsoft platforms. As much benefit as having Call of Duty exclusivity would give Microsoft, making the franchise Xbox exclusive would immediately make the franchise less valuable, as the series would lose a huge section of its playerbase. Microsoft has financial reasons to keep Call of Duty on PlayStation if they acquire Activision Blizzard, as they need to earn back the billions that they are spending to acquire the company.

below is what Phil Spencer had to say about Call of Duty on the Same Brain YouTube channel, where he pledged to bring Call of Duty to PlayStation so long as there is a PlayStation to ship to.

"We've expanded the places where people can play Minecraft, we haven't reduced the places. And it's been good, it's been good for the Minecraft community - in my opinion - and we want to do the same when we think where Call of Duty can go over the years. 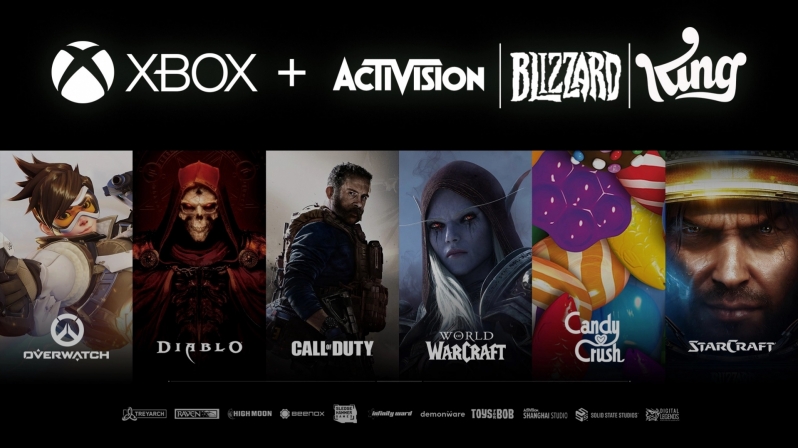 With Xbox's major focus being the company's Game Pass service, acquiring Activision Blizzard would greatly expand the content that will be available as part of Microsoft's gaming subscription. Even if Microsoft continues to release Call of Duty on PlayStation, they could release Call of Duty on Xbox through Game Pass, adding a lot of value to their service while giving gamers a big reason to buy and Xbox and invest in a Game Pass subscription.

Microsoft's deal to acquire Activision Blizzard is not expected to be concluded until at least mid-2023.

You can join the discussion on Microsoft's pledge to continue bringing Call of Duty to PlayStation on the OC3D Forums.

Peace Đ
Tzzzz, bring CoD to Gamepass and I'd play it again.

Also, Sony crying about exclusivity while literally being in a "platform 2 win" situation is such a show of double morale...Quote
Reply