Your PC is ready for Age of Empires IV

Age of Empires IV will arrive on PC on October 28th, arriving as the first new main series entry for the much-loved franchise in over 15 years. Microsoft has confirmed that the game will be launching on PC through Steam, the Microsoft Store and Xbox Game Pass for PC.

After launch, Microsoft plans to release modding tools for Age of Empires IV. These tools are due to become available in early 2022. Microsoft is also expected to release DLC packs for the game post-launch.

On Steam, Microsoft has officially revealed the full PC system requirements for Age of Empires IV, confirming that the game will be very easy to run on modern PCs and laptops. Even relatively low-end laptops with Intel's i5-6300U processor and Intel HD 520 graphics will be able to run the game, though much higher-end systems will be required to run the game at its highest settings.

Age of Empires IV will use Microsoft's DirectX 12 API and occupy around 50GB of storage.

Microsoft has recommended that PC gamers invest in systems with 16GB of system memory, 4GB of video memory (VRAM), and a 3.6GHz processor with six cores, suggesting an Intel i5 series processor or better. Nvidia's GTX 970 is the game's recommended graphics card, a GPU that is fairly low-end by today's standards.

You can join the discussion on Age of Empire's IV's PC system requirements on the OC3D Forums. 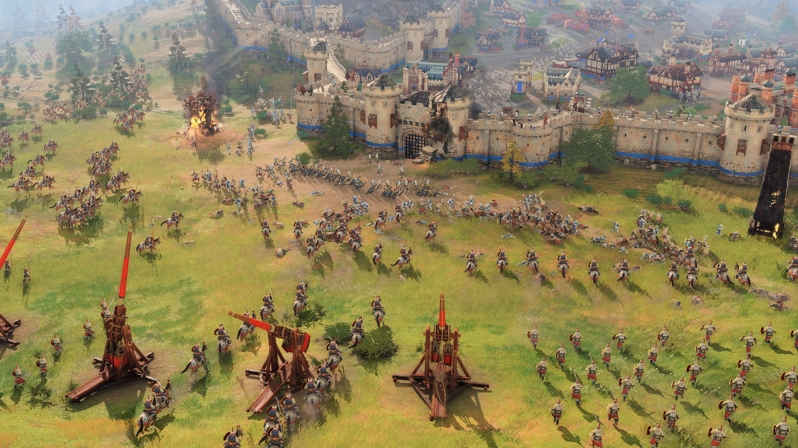 Mark shows great confidence in everybodys PCs- todays sub-tag "Your PC is ready for Age of Empires IV", much better than the usual "is your PC ready for [new_game_title]".

Looking at the requirements though, he's probably right.Quote
Reply