This weekend, between September 17th and 20th, Microsoft will be conducting a major pre-release Technical Stress Test for Age of Empires 4, allowing PC gamers to play the game's multiplayer component, battle against bots, and play the game tutorial. The full game is due to launch on October 28th.

This Techincal Stress Test will go live on September 17th at 6 PM BST and end on September 20th at 6 PM BST. The Stress Test will be available on Steam and Microsoft's Xbox Insider Hub app for everyone who applies to join it. This stress test will contain the English, the Chinese, the Holy Roman Empire and the Abbasid Dynasty as playable factions.

The game will take up around 50 GB of storage and is designed to run on Windows 10/Windows 11.

Microsoft has recommended that PC gamers invest in PCs with 16GB of system memory, 4GB of video memory (VRAM), and a 3.6GHz processor with six cores, suggesting an Intel i5 series processor and AMD's Ryzen 5 1600 CPU (or better). Nvidia's GTX 970 and AMD's RX 570 are the game's recommended graphics cards; both GPUs are fairly low-end by today's standards.

You can join the discussion on Age of Empire's IV's updated PC system requirements on the OC3D Forums. 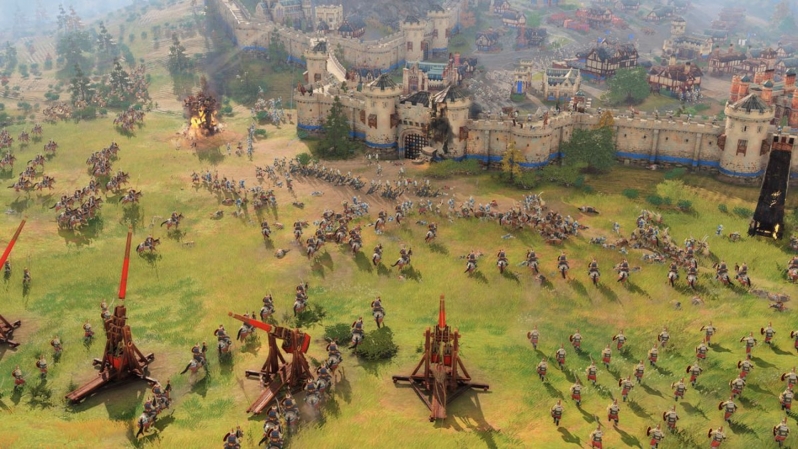