Minecraft Dungeons is coming to Steam next month

Still no sign of a Steam release for Minecraft

Minecraft Dungeons is coming to Steam next month

Minecraft Dungeons will arrive on Steam on September 22nd, take up about 6GB of storage space and be playable on PCs running Windows 7. 8 and 10. The game's Ultimate Edition, which is already available on the Windows Store, includes the game's Jungle Awakens, Creeping Winter, Howling Peaks, Flames of the Nether, Hidden Depths and Echoing Void.

Minecraft Dungeons is already available on Xbox, PlayStation, Switch and PC (through the Windows Store), supporting cross-platform multiplayer. The game is also available on Xbox Game Pass. Adding Steam to this list of supported platforms should help to grow the game's PC playerbase, given Steam's dominance of the PC gaming market.

What is Minecraft Dungeons?

Minecraft Dungeons is an action role-playing game dungeon crawler video game from Mojang Studios. The game is a spin-off of Minecraft that offers Diablo-style gameplay, procedurally generated levels and hack and slash combat.

The game is light-hearted and features many of the charms of Minecraft, albeit without the same mining or crafting elements. Players must deal with challenges, including puzzles, combat, treasure finding and boss battles. The game is also playable in co-op with up to four friends.

You can join the discussion on Minecraft Dungeons coming to Steam next month on the OC3D Forums. 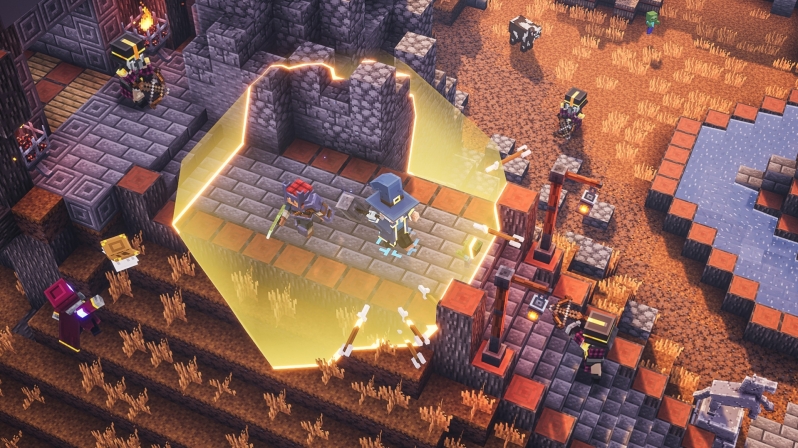