This update fixes some of the game's connectivity issues

Since release, Capcom has been working diligently to address these issues and have now released patch 1.01 (also known as revision number 151910) to address some of the problems that PC players have been experiencing. So far, we have received several positive reports about the game's update, though some players are still experiencing connectivity issues.

In their Steam post about the update, Capcom stated that they have fixed several issues where "error messages would display and kick players offline". Sadly these fixes do not address the game's connectivity issues entirely, though it is a significant step in the right direction.

Below is the full changelog for Monster Hunter: World patch/revision 151910;

The following fixes have been made in regards to the connection issues:

- Fixed an issue where error messages would display and kick players offline when searching for online sessions.
Also readjusted the matchmaking function to make it easier to find an online session via "Search for an Online Session" > "Matchmake".

- Fixed an issue where error messages would display and kick players offline after having joined an online session.

- Fixed an issue where error messages would display and kick players offline while playing multiplayer.
This adjustment reduces the number of occurrences, though it does not completely resolve the issue. We will continue to investigate this matter.

- Fixed an issue where the error message "E_FAIL : hr" would display and the game would crash when switching to full screen mode.

Important: You must update to the latest version of MONSTER HUNTER: WORLD to apply the fixes above. The latest version of the game is revision number 151910. You must close and reopen the game for the update to take place. You can verify the version number in the top-left corner when you launch the game in window mode. Keep in mind that you can only match with other players who have the same update version as you. 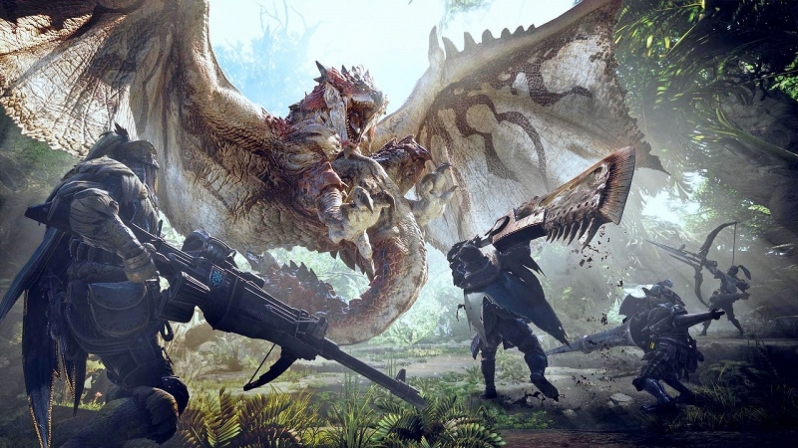 Monster Hunter World is currently available on PC, Xbox One and PS4. You can read our PC performance review of the title here.

You can join the discussion on Monster Hunter: World patch 1.01 on the OC3D Forums.

Warchild
tried it, boring as hell to me. Felt too much like an arcade game.Quote
Reply